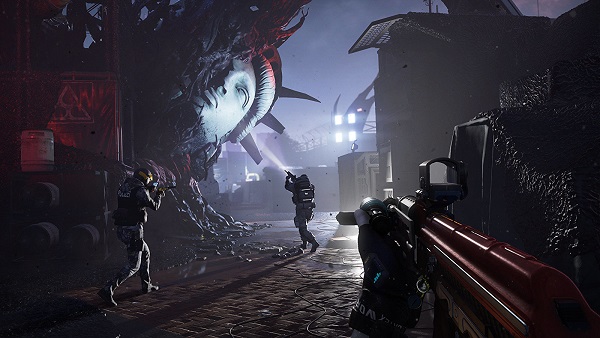 Breachers and Bloaters are one of the enemy types in the newly released Rainbow Six Extractions. Even though they appear early on in the game, these creatures are really hard to take down. In this guide, we will discuss everything you need to know on how to beat Breachers or Bloaters in Extraction.

Rainbow Six Extraction: How to Kill Breachers and Bloaters

One of the studies called Defusal requires you to take down 3 Breachers or Bloaters. It is up to which enemy want to take on but no matter which one you choose, you’ll have your work cut out for you.

The problem here is that you can’t go guns blazing and get it over with. In fact, you need to perform a Takedown. For those who don’t know, a Takedown in Rainbow Six Extraction is a stealth melee kill.

Both Breachers and Bloaters move faster and usually travel in packs which makes it harder to perform a melee kill. However, while it is difficult to do it’s certainly not impossible. Most of them roam around frequently but if you find the nest, there is usually one that stays close to it.

Get behind it by crouching and moving slowly. Once you’re close enough, make sure other Chimeras aren’t around before you take your shot. It is to be noted that if you get spotted, these types of enemies have a tendency to rush and explode.

If you pack a stun or smoke grenade, it’ll make it much easier to perform a Takedown.

And that’s everything you need to know on how to kill Boaters and Breachers via Takedowns. Need more help? See How to Unlock Ability Weapons.