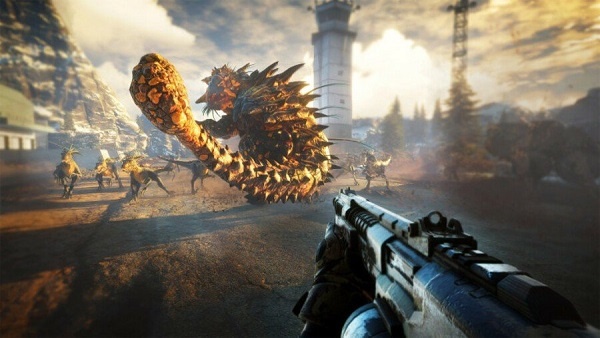 Second Extinction: How to Beat Ankylosaurus

There is not one but multiple Ankylosaurus in Second Extinction. These beasts have a good amount of health which makes it harder and longer to take them down. Ankylosaurus uses spin attacks and club you down with its tail. They can also slide into you while they spin. Last but not least, Ankylosaurus randomly does a tail smash on the ground.

Ankylosaurus’ back armor is really hard to crack through so there is no point in targeting the back. The best and probably the only way to damage Ankylosaurus in Second Extinction is to flip it on its back. Ankylosaurus has a soft underbelly which is the weak spot you must target.

So now the question is, how to flip Ankylosaurus on its belly. The best way to do this is to use explosives. You can use grenades or Jurgen’s Satchel Charge to temporarily flip it over.

As soon as it’s on its back, target the belly with all your firepower. From there, rinse and repeat until you bring down the Ankylosaurus in Second Extinction.

And that’s everything you need to know on how to beat Ankylosaurus. Need more help? See research points farming, hero abilities and skills, how to kill t-rex.