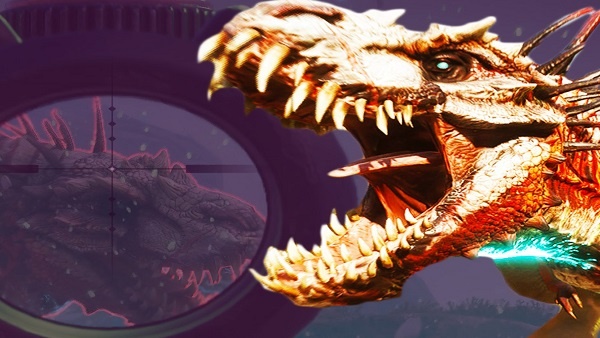 One of the deadliest creatures you will find in Second Extinction is the T-Rex. The T-Rex is really hard to beat but if you know the right tools you can make sure this battle goes in your favor. In this guide, we will give you the best tips possible to kill the T-Rex in Second Extinction.

Second Extinction: How to Kill the T-Rex

The best weapon to use against the T-Rex is the grenade launcher but this weapon is only available to Amir. A launcher is a powerful tool that can easily kill the T-Rex in Second Extinction. However, the ammo supply can run out pretty quickly so make sure you have enough ammo before you jump into a battle with the T-Rex. The good news is that almost all T-Rex encounter areas have ammunition packs laying around.

What Grenade Launcher Upgrades to Use Against T-Rex

The Impact Detonator and the Hair Trigger upgrades are the best against T-Rex. These upgrades are part of the Impact tree in Second Extinction. Both upgrades will allow your grenades to explode on impact as well as make them shoot out of the launcher at a faster pace.

Best Loadout Against the T-Rex

We have already discussed what weapon to use, the Grenade Launcher. But what loadout is the best against it? Well, I suggest that you use the following loadout to kill the T-Rex in Second Extinction.

Amir Is Your Best Hope

Amir comes with an Orbital Lader that can deal a ton of damage to the T-Rex. Moreover, his scan ability allows him to detect other nearby enemies to avoid being jumped. To kill the T-Rex, all you need to do is use the weapon and loadout mentioned above and dodge the T-Rex attacks. Use the Orbital Laser whenever possible.