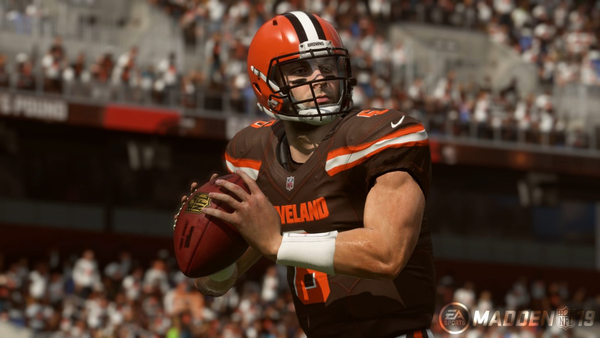 Mastering the defense game in Madden NFL 20 is no simple task. It requires patience and it requires practice – hours and hours of it. One of the key components of a good defense is reading the situations and reacting to them. In this Madden NFL 20 Guide, we take a look at how to intercept passes in the game.

How to Intercept Passes in Madden NFL 20

One of the first things that you need to understand before we learn how to intercept passes is to read your opposition’s plays. This is something that you don’t magically learn over a fortnight since it requires playing through the game and putting in hours.

One of the traits of a good defender is his ability to see where the ball is headed as soon as the Quarterback throws it. Reacting to the throw and getting in position quick are crucial things that you need to do. But how do you intercept a pass?

To do so, you need to press Y on the Xbox One and Triangle on the PS4. However, before you do that, you need to make sure that you’re standing right in front of the receiver. There will be some instances where the receiver will beat you to a certain type of passes or if he’s taller than you are but this is generally what you need to do.

In case you aren’t in a position to cover the receiver, you can always press and hold L2/LT to reach the receiver. The following is an outline of what you need to do in order to successfully intercept a pass:

Try to read where the QB is sending the ball and react to it in time. Once done, switch to the defender who is covering the receiver – you can press O on the PS4 and B on Xbox One to do so. From there, try to catch up to the defender if need be. Do note that there are some passes during which the ball hangs in the air for too long – those ones should give you plenty of time to get in position.

Once you’re near the receiver, press Triangle on the PS4 in order to intercept the pass. Alternatively, you can also press Square on the PS4 and X on the Xbox One to block the pass. In addition to this, you can also always rely on AI to do the work for you by pressing L1 on PS4 and LB on Xbox One.

This is essentially everything about intercepting passes in Madden NFL 20. If you’ve something else to add, feel free to let us know!