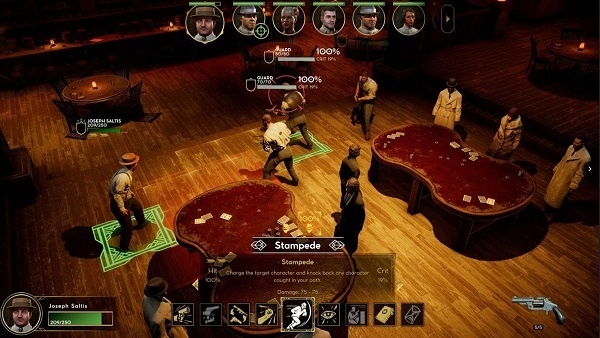 One of the driving factors for your empire in the Empire of Sin is loyalty. The crew members you recruit have a loyalty stat that must be maintained. Keeping loyalty high is a tough thing to do due to many arising conflicts of interest. Often you will end up killing the lovers or friends of your crewmates. In this loyalty guide, I will explain everything there is to know on how to increase loyalty in the Empire of Sin.

Empire of Sin: How to Increase Loyalty

You can keep track of your crew members’ loyalty under the loyalty morale section. Members of your crew gain +8 loyalty every month if they continually employed by you. You can add an additional loyalty boost every time a character is assigned as an “advisor.” However, that requires 250 notoriety and you should select someone with high persuasion. Give your crew members better roles and pay their salaries on time to boost loyalty.

If you fire a character they get -250 loyalty and often there is no other option but to fire them. Sometimes there are relationships involved that may prevent you from hiring other crew members you want. In such cases, you’ll need to fire the character that’s causing the conflict. Not too worry though, with time there loyalty stat will go back to neutral. Always keep track of the relationships and friendships of your crewmates. There is always a chance of you attacking a rival gang that employed a friend or lover of your crew member. Killing them may result in a negative impact on the loyalty stat.