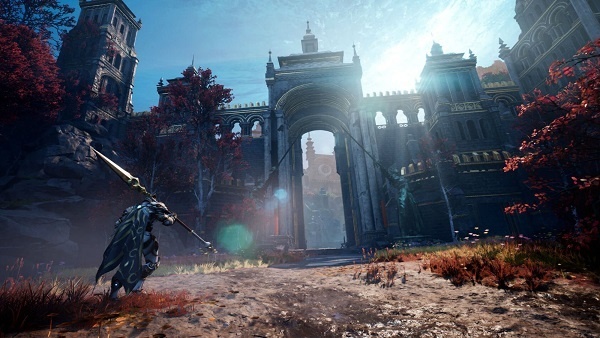 Godfall: How to Get More Valorplate Cores

In case you aren’t aware already, Valorplates are legendary armor sets that help you get more special abilities, endurance, higher damage, and more. These armor sets are crafted and upgraded using the Valorplate Cores. You see an example of Valorplate Cores during the Sunforge Temple mission after you defeat the final boss. Your character rips out a Valorplate Core from the defeated boss and infuses it into his suit.

Each Valorplate has its own unique playstyle, some of them balance out your abilities while others lean more toward defense or combat. It all depends on what kind of build you want for yourself in Godfall. The following are the ways you can get Valorplate Cores in Godfall.

There are at least 10-15 chests laying around on each level of Godfall. There is so much loot that it’s sometimes hard to handle. All you need to do is find and open chests to get more Valorplate Cores. Opening chests doesn’t guarantee a Valorplate Core drop but it is one of the primary ways to get Valorplate Cores in Godfall.

This may take a while because you need to reach a certain point on each level to face a boss. However, pretty much all bosses in Godfall will drop Valorplate Cores for you. This is not the best way to find them but it is one of the ways you can go. Defeating Bosses is not easy and may take a lot of time.

And that’s all there is to getting more Valorplate Cores. If you need more help with the game check out our Godfall Wiki.