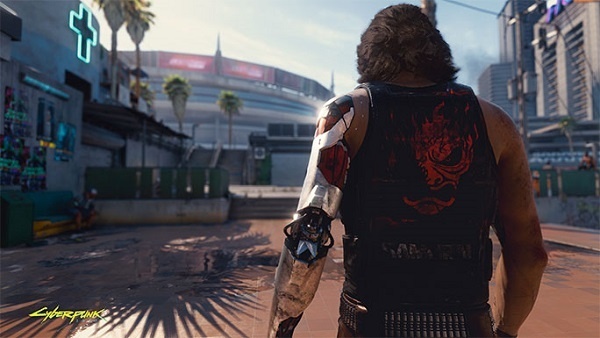 You can get the hidden secret ending during the Nocturne Op55N1 main job in Cyberpunk 2077. You do this during a scene where V stands on a balcony reflecting how to proceed after Mistry leaves you alone. During your conversation with Johnny Silverhand, you have up to four four dialogue options (as long as you complete the requisite side jobs). However, there is also a fifth dialogue option.

To unlock the fifth dialogue option you need to remain quiet during your conversation with Johnny. If you don’t say anything, don’t choose any of the four options for a few minutes, Johnny will eventually speak and take your silencer as a sign that you don’t want to put your friends in danger. As Johnny says, “it’s a wild suicide run” and V describes the job as “going out with a bang.”

So in short, to get the secret ending in Cyberpunk 2077 stay silent during your conversation with Johnny on the balcony until the fifth dialogue option is triggered.

The secret ending has nothing to do with the “path of least resistance” option even though there is mention of suicide. Instead, V and Johnny will try to raid Arasaka Tower solo which is an extremely difficult challenge.

It is highly recommended that you don’t go for this option until and unless you’re fully equipped and familiar with the game’s mechanics. You need elite-level weapons and Cyberware and a maxed-out character build.

The secret ending path requires you to find your own way through Arasaka Tower’s main entrance, find the elevator, and create a path to Mikoshi through the Netrunner operation area. All of these areas appear in other endings so it is best that you complete the game at least once before attempting the secret ending in Cyberpunk 2077.

There will be a ton of high-level enemies determined to stop you. Take time to study your inventory and get the best weapons, equipment, and resources before trying to get the Cyberpunk 2077 secret ending.

And that’s how you get the secret ending in Cyberpunk 2077.