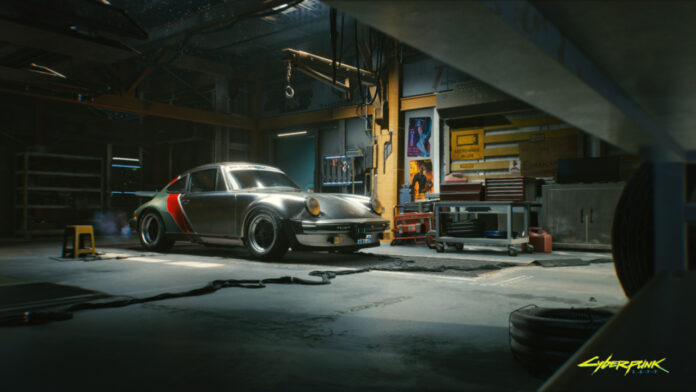 After a series of unorthodox delays, teasing and nearly 8 years of development Cyberpunk 2077 is finally here. At last, you can now roam the streets of Night city and vent out your inner Johnny Silverhand. Along with a carefully crafted storyline, the game also includes some legendary items belonging to Johnny. One of these items is a Porsche 911 which he used to drive around. In this guide, we’ll explain how to get the Porsche 911 in Cyberpunk 2077.

There are countless futuristic cars in and around Night City that you can drive in Cyberpunk 2077. But, if you want to ride in style and really hit the spot, you should go for Johnny Silverhand’s own ride, the legendary Porsche 911. It’s probably the only vintage car surviving in that futuristic world of 2077 and also anything related to Johnny Silverhand is just, Breathtaking; that’s the reason enough to go for it.

There is a side job named “Chippin’ In” which you unlock after you’ve completed a main job named “Tapeworm” in Act 3. This questline can net you the majority of Johnny Silverhand’s items if completed in the right way. However, you can easily miss the car as unlike the Samurai Jacket, whether you get the car or not comes down to a single choice in the quest.

During the quest, you’ll face a choice to either put your weapon away or to draw your weapon. Make sure that you put the weapon away to spare Grayson’s life. That will prompt him to give you a key that opens a shipping container. After Grayson gives V the key, Rogue will intervene, knock Grayson unconscious, and have a little chat with V after which you can proceed to unlock the container.

Simply head over to the control panel on the higher platform to the right and interact with it to drop the container down. After you’ve unlocked the container, Johnny will tell V to remove the canvas sheet from the car and also tell him that he’ll let them take it for a spin.