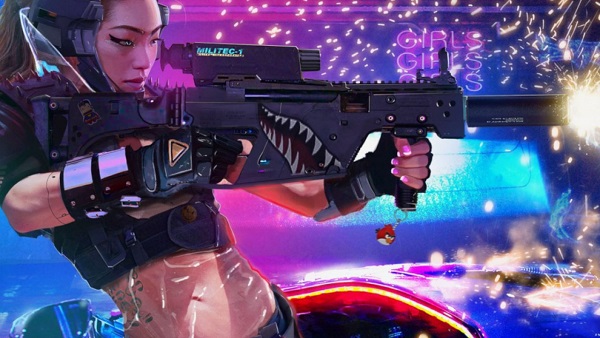 Cyberpunk 2077 has plenty of futuristic weapons for you to play around with. Some of them are conventional weapons which you get as loot from enemies and some as rewards for completing different missions. Apart from these conventional weapons, there are also some iconic weapons in the game which have certain unique attributes about them and stand out from the conventional ones. One such weapon is the light machine gun named Defender and in this guide, we’ll walk you through how to get Defender – an iconic light machine gun in Cyberpunk 2077.

Cyberpunk 2077: How to get Defender Iconic Light Machine Gun

You get the Defender LMG by killing a certain enemy during an NCPD mission. Where you can find this particular NCPD mission and how you can take out the enemy are explained below.

Where to Find the NCPD Mission

The NCPD mission which will net you the iconic light machine gun “Defender” is located on the edge of the North-side, under the main highway in Little China.

You don’t need to complete the whole mission to get the weapon but only need to take out an enemy named Barry Alken Vulture.

How to Take Out Barry Alken Vulture

Once you start the mission and reach the location, Barry will be wandering around the lower levels area. He won’t be alone, however, so you can expect an intense fight. Your point of focus, Barry, has only got one additional ability; charge jump. Also, electricity, quick-hacks, and fire are his weaknesses. So, he is an easier one to take down. You can also take him out from a distance using hacks and EMP grenade.

Once you’ve taken him down, you can then collect the loot and among that loot is the Defender. Keep in mind that these are only schematics of the iconic gun and not the gun itself. You can craft the gun later using these schematics.

And that’s all you need to know on how to get the Defender LMG in Cyberpunk 2077. You can also check out our main Iconic weapons guide to find all of them.