Home Guides Biomutant How to Get the Biohazard Suit in Biomutant 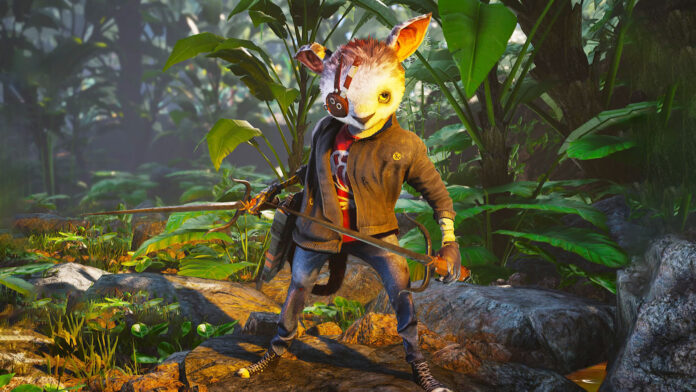 Biomutant players need to make sure they don’t enter the Biohard zones without a suit. Resistance to Biohazard is important in order to avoid it. In this guide, we will discuss everything you need to know on how to get the Biohazard suit in Biomutant.

Biomutant: How to Get the Biohazard Suit

To get the Biohazard suit in Biomutant you need to complete its associated side quest. It is an optional side quest but even it is optional, we highly recommend getting the suit.

To find Pingdish, head over to Pingdish 6E location. Inside the building, you will see a machine. Use it and solve the Rotation puzzle. Now aim the antenna until the signal gets stronger.

Go to Bangshelter 6D, take the elevator inside the building to reach the downstairs bunker. Kill Bubba Sknarfs and its minions and take the Biohazard suit from the closet.

And that’s everything you need to know on how to get the Biohazard suit. Need more help? See how to join a tribe, Jumbo Puff boss fight, Porky Puff boss fight.