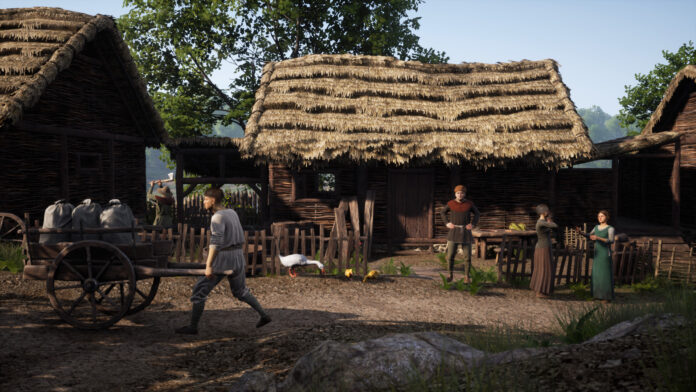 Since Medieval Dynasty is an early access game there is plenty that requires the developer’s attention. I don’t know if it is intentional or a bug, the spawn rate of some crucial early game resources is really low. Finding rocks and straw is extremely hard to do. We have already discussed how to find rocks so in this quick guide we’ll give you some general tips to find straw in the Medieval Dynasty.

Medieval Dynasty: How and Where to Find Straw

Early on in the game, you will require straw to build your first house. This resource plays an important role in making sure your simple house stands the test of weather. You can use straw to make roofs for your house. There are two ways to get straw in the Medieval Dynasty:

If you steal straw from the village you might lose reputation with the locals. Theft is a stat in Medieval Dynasty which means the locals won’t be too welcoming the next time you come to their village. However, this is the easiest to get straw. If you do decide to steal straw make sure no one sees you, do it at night time.

The second method to get straw is through Reed. Go behind the first village to find a big Reed on the border of the river. Look for a Reed which can be harvested for straw.

That’s all you need to know to get straw in the game. If you need more help, check out the Medieval Dynasty wiki. If you don’t find what you are looking for, check the wiki a bit later as we are currently working on more content.