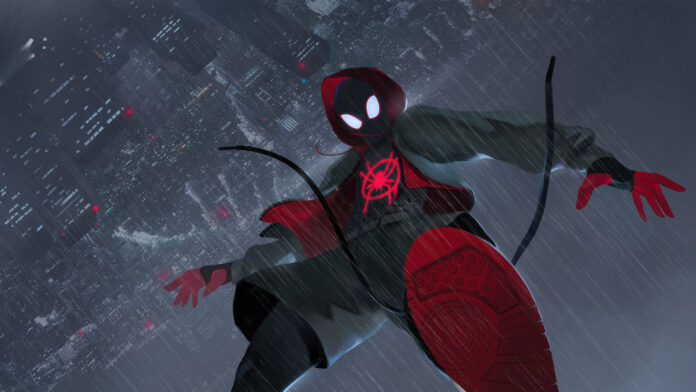 Miles Morales was brought to the big screen in 2018’s Spider-Man: Into the Spider-Verse. Morales is a pretty special character and Marvel wanted to give him his own unique style of animation, which they did and received a ton of positive feedback. Morales became a fan-favorite instantly after the movie was released. Spider-Man Miles Morales kind of pays homage to the movie through the Spider-Verse suit and it wouldn’t be complete without the suit anyway.

How to Get Spider-Verse Suit

Insomniac Games, through pre-release media and promotions, revealed that the Spider-Verse suit will be rewarded as a pre-order bonus along with the T.R.A.C.K suit and Gravity Well gadget. If you didn’t pre-order the game on day one or are planning to buy it later, worry not, you can still get your hands on this much craved after suit. People who pre-ordered the game will only unlock the suit earlier than everyone else.

Others will just have to play through the game for a while and it will be automatically added to their wardrobe.

To unlock the Spider-Verse suit in Spider-Man Miles Morales, you’ll have to reach Level 13 in the game. After reaching Level 13, the suit will be unlocked and you can then buy it for 18 Activity Tokens and 4 Tech Parts. If you’re a bit short on currency, you can easily obtain these items by finding Underground Caches and doing side missions.

What it comes with

The Spider-Verse suit comes with two mods that you can apply to make your gameplay more fun and nostalgic.

This mod drops the frame-rate of your character in the game to give it a more comic like and aesthetic look from Spider-Man: Into the Spider-Verse.
Bam! Pow! Wham! Thwack!

This mod makes comic book styled effects to pop-up when you hit enemies during fights. This is also inspired by the 2018 movie and just adds an amazing visual flair to the game.
Also, you can equip these mods with any suit in your wardrobe to preserve the effects with a different look.