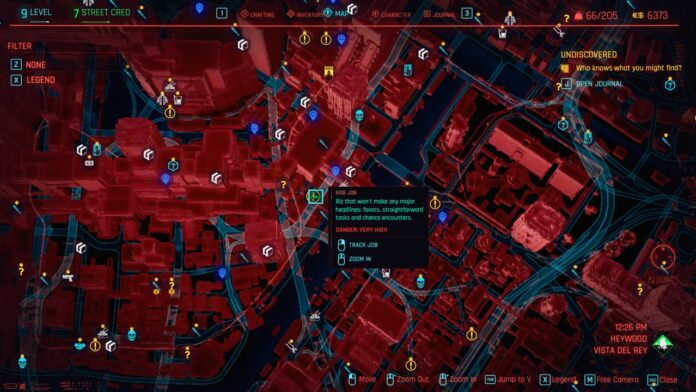 Night City is a pretty huge place, chocked full of collectibles and secret weapons for you to find. One weapon that stands out from the rest is Skippy the taking gun. It’s rare and highly sought after weapon that can prove to be quite useful once you get used to it. In this guide, we’ll explain how to get Skippy the talking gun in Cyberpunk 2077.

Cyberpunk 2077: How to Get Skippy The Talking Gun

Skippy is a smart weapon loaded with a talking AI assistant named Skippy. The prime feature that makes Skippy stand out from the rest is that it offers autonomous shooting capabilities; it’ll automatically target enemies in case of a critical threat to the user. It has two main operating modes; Puppy-Loving Pacifist and Stone Cold Killer. If you choose Puppy-Loving Pacifist, Skippy will target the lower extremities of the enemy’s body. On the contrary, if you choose Stone Cold Killer, Skippy will only take headshots making it far more lethal than the looks of it.

Now, to get your hands on Skippy, simply open up your map and observe the Vista Del Rey region in Heywood District. You’ll notice a side-job marker by the name of “Undiscovered” near College Street. When you reach the location, jump over the fence and you’ll find a corpse. Skippy will be resting in a briefcase next to the corpse and as soon as you pick it up, it’ll boot up a hologram of Skippy which starts talking to you. You can then carry on talking to it and choose one of the two available operating modes.

After using it for some time, Skippy will tell V that it has discovered its owner’s metadata in its memory. At this point, you’ll have the option to either return Skippy to its owner for reimbursement of 7,000 Eurodollars or simply just keep on using it. We recommend going with the latter option as you can earn cash by doing other side jobs but you won’t find another Skippy in Cyberpunk 2077.

And that’s all you need to know on how to get Skippy The Talking Gun in Cyberpunk 2077.