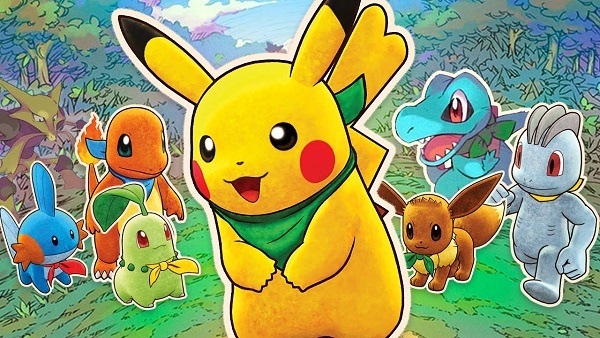 Firstly, let’s talk about identifying a Shiny Pokémon. A yellow marker in an area indicates the presence of a strong Pokémon, which also has a chance to be a Shiny one. While exploring an area, if you ever come across a Pokémon with a yellow symbol on top of its head, know that you’ve found a Shiny Pokémon. Another way of telling whether a creature is a Shiny Pokémon or not is by its sparkly appearance.

I should also mention it here that you’ll probably have to search an area (with the yellow symbol) multiple times to finally find one. It’s pure RNG. There’s nothing you can do to prevent it!

Let’s assume that you found one and managed to best it in the battle, chances are you still won’t be able to capture it. Due to their low capture rate, Shiny Pokémon in the game are a hard bunch to get. However, there’s an item that you can use to increase your success rate. The item is called the Friend Bow and it increases the capture rate by a measly +10% but something is better than nothing, right?

To find the Friend Bow, you must complete the game’s campaign. After that point, you should be able to buy it for 5,000 CP from Kecleon in the Joyous Tower dungeon.

If you don’t have 5,000 CP, you can travel to Mt. Faraday, get to Floor #30 and find the bow behind a locked door. The description of the Friend Bow reads:

When this item is equipped, Pokémon you battle will be more likely to join you. It’s also said that Shiny Pokémon will want to join you, too. It’s only effective when the leader equips it, though.

As you can see, you must equip the Friend Bow to get the +10% bonus capture rate effect from the item. As for the locations of these Shiny Pokémon, they’re detailed below:

These are all the Shiny Pokémon and their locations in Mystery Dungeon: Rescue Team DX. For more on the game, you can check out our complete coverage of Pokémon Mystery Dungeon DX.