RespawnFirst
Home Guides How to Get Robot Pirate Armor Set in Ratchet and Clank Rift... 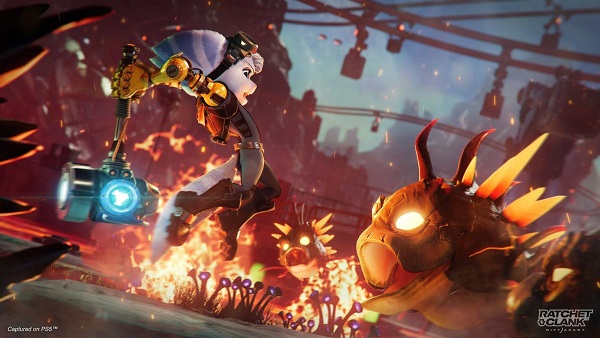 The Robot Pirate in Ratchet and Clank Rift Apart is an armor set with three gear items, the helmet, body armor, and boots. Each part of the armor is found on a different planet. Getting all the parts is a bit tricky, so we have put together a guide for you to assist you in your conquest.

To get the Robot Pirate helmet, you will have to go to Ardolis. There you need to visit the pirate base and accomplish some trial missions, which are part of the main story but are easy to complete. Now, in the final trial, you will have to defeat several waves of enemies, which quickly escalates into a boss fight. You will then fight and defeat Crabcakes McGee. After defeating Crabcakes, you will have to turn the big screw in the center of the hall, which allows you to progress further, and rappel onto the solid ground. This is where you will be rewarded with the Robot Pirate helmet.

The chest Armor of Robot Pirate is the hardest piece to find among all three. You will need to visit Savali and watch out for a UFO circling the area. You will have to grapple onto the UFO by boosting your character into the air and getting close to UFO then grappling onto it. You will then have to hit L1 as soon as the prompt appears on the screen, then go to the big green button at the back of the UFO. This button will shut down the flying saucer and reward you with the armor pod.

After you have defeated the enemies, you will be rewarded the Robot Pirate Legs armor, and then you will be directed to a boss fight.

This is how you can get each piece of Robot Pirate Armor set in Ratchet and Clank Rift Apart. Two of the three pieces are pretty much unmissable, but getting the Chest Piece is the hardest among all.