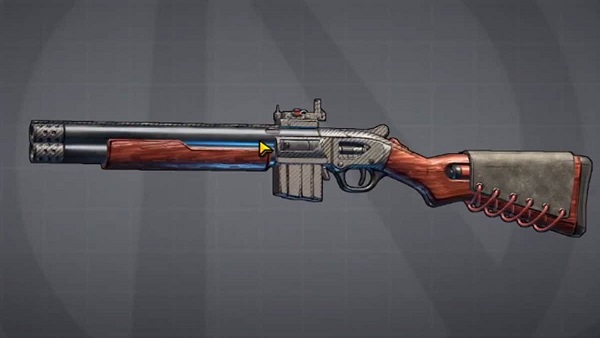 Just like many other weapons in the game, Robin’s Call is also dropped at a certain location by a certain boss. You need to take down the boss to get the weapon. Head to over to Ashfall Peaks on Gehenna and kill the Garriden Loch to Robin’s Call.

Fast travel to Caldera Stronghold Fast Travel Station in Ashfall Peaks. You will come across a save station near the boss which you can use. Head into the boss area and he will spawn over the doorway. It isn’t the easiest boss fight to you might have to try a couple of times. The best way to beat Garriden Loch is to use the save station so you can spawn closer to him if you die.

When you perform a critical hit with this legendary weapon, 1 bullet is returned to your magazine. If you keep hitting crits that means you can essentially turn Robin’s Call into an infinite ammo weapon. The shotgun has two fire mods, you can shoot one round at a time or use both at the same time. Coolbloded Robin’s Call is highly effective in close range engagements.