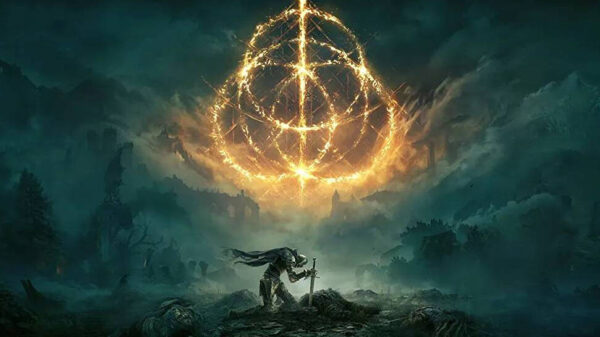 Radagon’s Scarseal is one of the most powerful talismans found in Elden Ring, offering a variety of benefits to the player. However, to obtain this powerful artifact, you must first defeat the terrifying Dragon Lord Radagon and claim his legendary Scarseal. This can be quite a daunting task, as Radagon is one of the most fearsome enemies in the game, with an array of devastating attacks and powerful defenses. However, it is possible to take down Radagon and claim his Scarseal for yourself with good preparation and enough skill.

Radagon’s Scarseal is a slightly less effective version of Radagon’s Scoreseal in Elden Ring. Although this seal is not as powerful as the original, it still provides good buffs with nearly the same effects. The main difference between the two is that Scarseal’s buff lasts for a shorter duration and is not as potent as Scoreseal’s.

Radagon’s Scarseal is a mighty lucky charm that gives you the following +3 boosts:

There is a cost of boost which means after using Scarseal; you get a 10% increase in damage taken. However, this trade-off is nothing against the benefits you get.

Radagon’s Scarseal is an important item for anyone looking to defeat the powerful sorcerer Radagon. The talisman can be found in the Weeping Evergaol, which is located on the Weeping Peninsula south of Limgrave. The Weeping Evergaol is a dangerous place, and it will take courage and strength to obtain the Scarseal. However, once you have the talisman, you will be one step closer to defeating Radagon and restoring peace to the kingdom.

If you find yourself east of the Fourth Church of Marika, in a small clearing just north of a wooded area, you may stumble upon the Weeping Evergaol.

The Weeping Evergaol is a dark and dismal place, and it’s no surprise that a large, circular arena can be found within its dreary depths. If you’re feeling brave enough to enter, use a Stonesword Key on the Imp Statue to gain access to the arena. Once inside, you’ll have to face the boss, Ancient Hero of Zamor. This powerful adversary won’t go down without a fight, but you’ll be rewarded with valuable loot if you’re victorious. So gather your strength and enter the arena – your rewards await you on the other side.

The Ancient Hero of Zamor is a formidable opponent, but he can be beaten quickly and easily with the right strategy. The key is to focus on his head, where his weak spot is located. When he charges forward, dodge to the side and then attack his head with all you’ve got. Once he’s down, he finishes him off for good. With this approach, you should have no trouble taking down the Ancient Hero of Zamor in no time at all.

When facing the Ancient Hero of Zamor, it is essential to be prepared with the right build. The hero uses frost magic, which fire spells can only counter. Therefore, a fire-based character will have the most success against this foe. However, other types of characters can also defeat this powerful entity.

When facing the mighty Ancient Hero of Zamor, you must keep a few key things in mind. Firstly, ranged attacks are your best bet when trying to take this beast down. However, while this is generally the best approach, it is not a hard and fast rule, as Ancient Hero of Zamor moves slowly, and its attacks can often be dodged easily. In fact, many expert warriors have been able to defeat this mighty creature using hand-to-hand combat tactics.

When Zamor’s health drops below 50%, he will crouch back and prepare for an attack. This is your chance to deliver a heavy blow and finish him off once and for all. If you move quickly and aim your strikes carefully, you should have no trouble defeating this dangerous enemy. So get out there and show Zamor what you’re made of! You’ve got this.

The boss is a formidable opponent, but there are ways to defeat it. The key is to watch for its lashing leap attack and avoid it. If you can stay out of range of its attacks, you’ll eventually wear it down and triumph. In addition, you will get your Radagon’s Scarseal Talisman Good luck!

That is all for our Elden Ring Guide with tips on how to get the Radagon’s Scarseal. For more on the game, also see How To Get Cuckoo Knight Armor and How to Get Terra Magical Spell.