Home Guides Valheim How to Get Odin Armor in Valheim 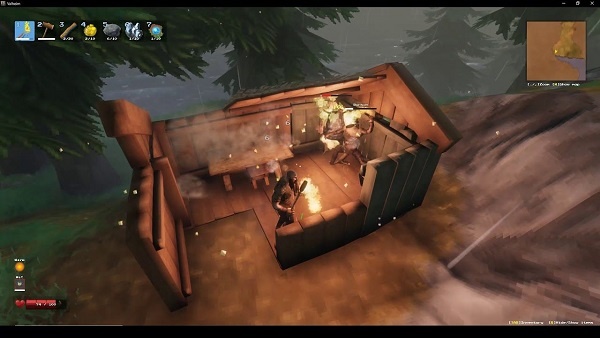 One of the many things that players can get in Valheim is the Odin Armor. How does one get it, however, isn’t made clear. This is where this guide comes in. In this guide, we’ve detailed everything there’s to know about how to unlock the Odin Armor in Valheim.

Odin Armor in Valheim is divided into two parts – one is the Hood of Odin and the second is the Cape of Odin. But how to get them? The first thing to know about the Odin Armor in Valheim is that it’s a DLC item in the game. These items are only available for players who followed along with the development of Valheim since its early days – the game’s beta days, to be exact. Those players need to check their link e-mail account to look for an e-mail from Iron Gate Studios. The said e-mail should contain the codes for the Odin Armor.

One important thing to note here is that having the codes alone won’t suffice. After using the code, players will need to craft the Odin Armor on a Workbench. Each item of the Odin Armor requires 10x Leather Scraps and 4x Coal. How they manage to get these resources is completely up to players.

Currently, there isn’t any other way to get the Odin Armor in the game. Players can try to cheat their way around the game by using the console commands: spawn HelmetOdin and spawn CapeOdin. Although the commands will work in the game, players will get a prompt saying that they need a DLC to use the items. Another thing that players can do is ask someone in the community for a spare code if they’ve got any to use in the game.

That’s all we’ve got in our Valheim Odin Armor guide. Feel free to check out our detailed Valheim wiki guides for more help on the game.