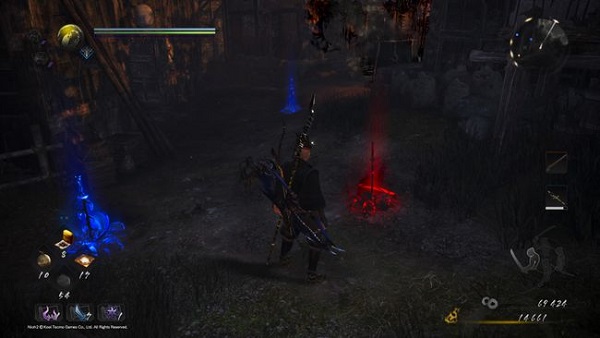 The original Nioh by Team Ninja was a raging success so it was no surprise to have a sequel appearing in the market so soon after its first game’s release. Nioh 2 is a sequel to its predecessor but has a completely new character cast that players will find exciting. However, some of the things remain the same as the earlier game, one of which is the Ochoko Cups. In our Nioh 2 Ochoko Cups guide we will discuss how to get more.

How to Get Ochoko Cups

Similar to the previous game, if you are caught in a troublesome mission, you can summon other players or visitors to your world for assistance. The Ochoko Cups are the key to this summoning process in Nioh 2.

They are tough to attain in the early gameplay, but if you are familiar with the shrine’s function, you will be able to attain several of these items. What you need to do is to interact with any shrine you come across, and choose the option to Make an Offering.

Once that is done, choose the Kodama Bazaar, where there will be many items for sale. The inventory of the Bazaar will grow bigger when you keep guiding more Kodomas to the shrines. The Ochoko Cups will be available for purchase here and they will cost you two Divine Rice each.

Another method to grab the cups is that you can collect them while exploring the world. So be careful when going through the map as you might come across these items on the way.

How to Use Ochoko Cups

You can use the Ochoko cups in more than just one way. The first process is interacting with one of the shrines and then choosing the option to Call a Visitor. This would enable you to do the summoning mentioned above.

Now if you have an online connection while playing the game, you will be able to see some blue colored grave pickups dotted across the map. Reach up to any one of them, and all the details about the revenant associated to it will appear on your screen, along with their level and rarity of their gear. Once you know their level, you will know how many cups you will be needing to summon them, as they vary according to their level.

The way to summon them is by pressing and holding the circle button on your controller to use the Cups, and they will join you in your world. Here is all the information you need to know about the Ochoko Cups. Explore and enjoy the world of Nioh 2!