Home Guides Genshin Impact Guide: How to Get More Wishes 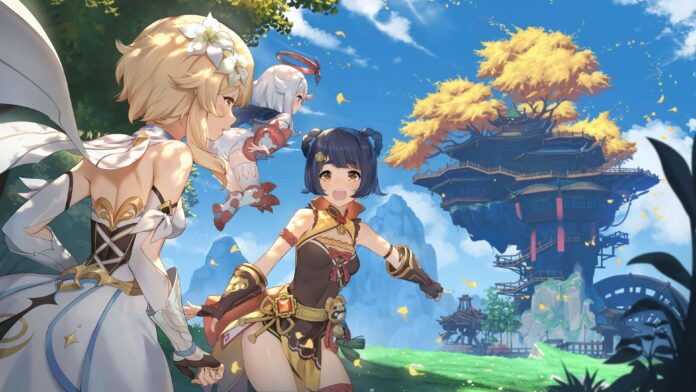 Genshin Impact has an in-game system that lets you unlock new weapons and characters using Wishes. In this Genshin Impact guide, we’ll explain how you can get more wishes in order to unlock additional characters and weapons.

Get More Wishes in Genshin Impact

The wish system is unlocked early in the game after progressing in the main storyline for nearly an hour or two of gameplay. You can access it by going to the main menu and then to the “Wish” section. Keeping in mind their importance, you should hoard as much as you can. There are a number of ways to earn wishes in the game that are explained below:

There are two types of fates in Genshin Impact i.e. Intertwined and Acquaint. These are sort of a currency in the game and are the primary way to get more wishes.

Apart from these primary currencies, there are some other currencies that also play a part in the wish system.

Primogems are another highly sought-after currency in Genshin Impact that lets you directly buy Fates at a price of 160 Primogems per Fate from Paimon’s Bargains.

You can earn Primogems by doing just about anything in the game, which includes completing daily missions, claiming login rewards, opening chests, etc.

You can boost your Primogem earnings by looking out for available tasks daily and completing all of them because more gems mean more Fates and more Fates mean more wishes.

Starglitter is a currency that you receive for getting duplicate characters and it can be used to buy more Fates or even other characters outright. It’s also dropped from wish summons but only from items with more than 4-star rarity. It is a rare resource, and we advise spending it wisely.

Stardust is received when you pull a duplicate weapon from a pack. It can be spent to buy either of the Fates in-game. Occasionally, there are different discounts that offer a greater exchange value for Fates so just be patient and look out for those offers.

Getting Wishes as Rewards

As you progress in the main storyline of the game and increase your Adventure Rank, the game will reward you with Fates from time to time. You can then buy wish packs from those Fates.

Before we start, please don’t do this. If you wish to support the developers of a F2P game, buy the Battle Pass but don’t spend on microtransactions.

If you don’t want to go through the painful and lingering traditional ways to get wishes and want to rise above everyone else, you can always buy them with the help of cold, hard cash. Wishes aren’t directly purchasable with real money but rather you’ll have to buy Genesis Crystals.

These crystals can then be exchanged for Primogems at a one-to-one ratio, and as we’ve already explained above, you can buy Fates using Primogems. You can find different offers for Genesis Crystals in the “Crystal Top-up” menu.

One last thing to keep in mind is that the rewards are completely randomized, but you’ll be able to bring up the list of rewards available in a pack along with their probabilities.

Also, it may seem logical to buy one standard wish at a time, buying them in bulk (packs of 10) will guarantee at least one high rarity weapon or character. There are also occasional discounts available on packs, so look out for them, assess your situation, and spend them wisely!