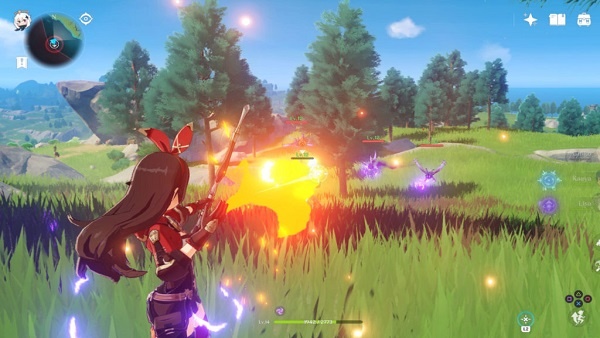 Some may not completely understand the progression system of Genshin Impact but it’s not your fault, it is a bit complicated. The leveling system has two different tiers and each must be leveled-up to continue the progression beyond the soft cap. To progress your character as well as weapons in Genshin Impact, you need a few different types of resources. One of the resources you need is called Grain of Aerosiderite. In this guide, we will discuss how to get Grain Aerosiderite in Genshin Impact.

Genshin Impact Guide: How to Get Grain of Aerosiderite

Pretty much like any other weapon upgrade material in Genshin Impact, the Grain of Aerosiderite material is acquired from Domains of Forgery in Tevyat. At this point in the game, you are probably aware of its location, however, if you are not aware, there are two Domains of Forgery in Genshin Impact. You can find them located in both the northern and southern areas of Tevyat. Go to Cecilia Garden which is west of Mondstadt to find one Domain of Forgery while the second one is located in The Hidden Palace of Lianshan Formula, near Mingyun Village in Liyue.

Keep in mind that Resin plays a big role in the Domain. The more Resin you have the more often you run the floors which boosts your Grain of Aerosiderite farming output in the Domains of Forgery.

If you aren’t looking to farm Grain of Aerosiderite, you can always buy this resource from Souvenir Shop in Liyue City. Each grain you buy costs 4 Geo Sigils which is a completely different resource in Genshin Impact. Geo Sigils are dropped from treasure chests and received as level-up rewards in Genshin Impact.

This is pretty much all you need to know about how to get Grain of Aerosiderite in Genshin Impact. If you need more help with the game, you always visit our Genshin Impact Wiki.