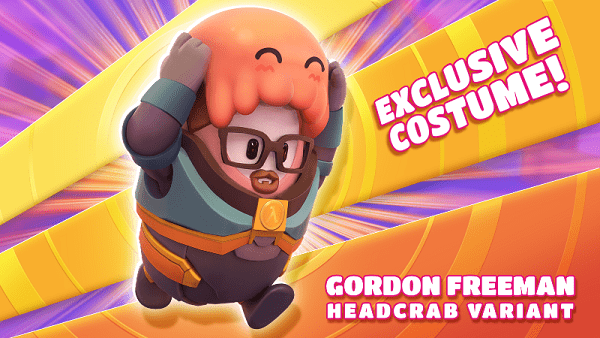 The outfit is only available as a pre-order bonus which means you only have until August 4 to get it. As is the case with other pre-order exclusive bonuses, there won’t be another way to unlock this outfit but often developers make exceptions.  The Gordon Freeman outfit might be available to purchase or unlock through gameplay after Fall Guys come out. However, if you want to make sure you get the outfit don’t risk waiting for an opportunity post-release.

What you should also keep in mind that the Gordon Freeman Headcraf outfit is exclusive to Steam pre-orders. PlayStation 4 version of the game doesn’t come with this exclusive pre-order bonus. It might seem odd but Gordon is a PC icon so it doesn’t make sense for his outfit to release on console. In fact, console gamers, unless they know who he is, won’t really miss the costume’s absence.

I hope this clears up how you can get/unlock the Gordon Freeman outfit in Fall Guys: Ultimate Knockout.