Home Guides Call Of Duty: Modern Warfare How to Get Firebrand Bruen in Warzone Season 6 – The New... 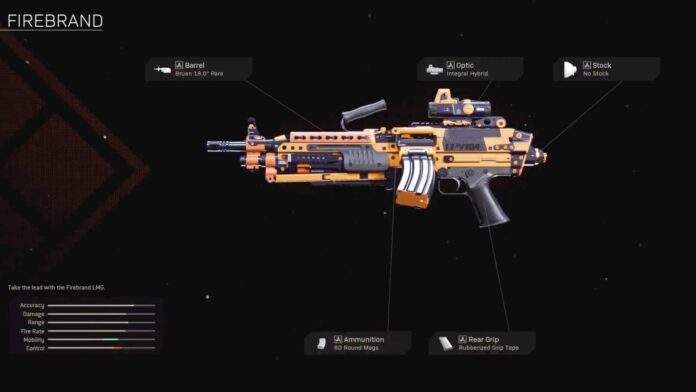 Call of Duty Modern Warfare Season 6 is now available and changes the meta slightly. However, to get the weapons that are part of the new meta you need to complete the Warzone season 6 easter egg puzzle. If you manage to complete the Call of Duty: Modern Warfare Warzone season 6 secret subway easter egg, you get the new Firebrand Bruen. In this guide, we will detail each step required to get the Firebrand Bruen in Warzone.

How to Get Firebrand Bruen in Warzone

If want to get the Firebrand you first need the blueprint which is acquired through the secret subway puzzle. This puzzle is added with the Season 6 of Modern Warfare and Warzone. The gun in question, Firebrand Bruen, is seemingly part of the new meta which is a huge deal.

For the past six months, Origin, Bruen, and Grau dominated the Warzone meta but things are about to change a bit. We will discuss what we think is the new meta at the end of this page. If you simply interested in knowing the new meta, scroll down to the bottom of this page.

For the most part, you will be inside the Parliament building in Downtown. Look around the building and find the paintings and remember what they were. You can take screenshots or memorize them. You need to have a system in place for your team to quickly get this information to the teammate who will be on the computer. We will explain this part further ahead but make sure you memorize these paintings for the person who is on the computer later.

The next step of the puzzle is also inside the Parliament building. Go behind the main desk on the ground floor and find the keypad. Type 2179 in the keypad and the entire building will go into lockdown and starts to fill with toxic gas.

The third step of the subway puzzle solution is to stop the gas by using a computer. The computer is in the same room as the keypad. One of your teammates should operate the computer while others. As soon as your teammate interacts with the computer he will be locked while the rest must help him crack the code.

The teammate on the computer will see multiple paintings followed by a number. His job is to say the paintings and their numbers that follow. The rest of the squad must stand in front of paintings and note down which ones have numerals on them as they are only paintings that matter. There are 6 paintings which numbers and these numbers are random so make notes of the numbers and what those paintings look like. Fragments of the paintings will appear on the computer screen alongside either a positive or negative number. Add/subtract the numbers to and from images/numbers you think the picture fragments are from.

Puzzle Step 5#: The fragment sequence only plays once so be quick to note down numbers and call them out. Next, you will see a weird keypad appear on the computer screen. The keypad seems weird and hard to understand but the numbers are broken into top parts only.

The first four times you use the keypad you’ll fill out the top row, and the next four times fill the bottom row so you need to pay attention to the top of the numbers. If you get the code right you can then move to the next step of the puzzle.

Puzzle Step #6: Go to the Airport subway metro station and go past the double doors at the back. If you got the city hall code right you will notice two giant green screens in this area that you can interact with.

You can override the terminal and then wait for the next train to arrive that’ll take you to the secret loot room under the Dam. If you are on the right train you will notice it’ll say “Maintenance” on the destination board.

The new meta for Warzone Season 6 is the Firebrand Bruen and 725 Shotgun. You can also use any other slug shotgun. Developers have nerfed the Origin shotgun damage but buffed the slug shotguns so use whichever ones you like the most. The Firebrand Bruen on the other hand as AR level ADS speed and insane damage which makes it a killer weapon to wield in Warzone.