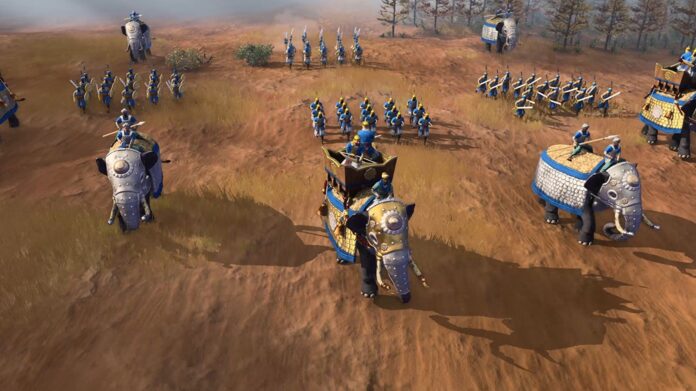 Age Of Empires 4 is the latest game in the franchise and adds further to the already established formula. The game allows players to dominate other civilizations and declaring war on them in one way to do it. To wage war, players need units and Elephants units are one the powerful units in the game. This Age Of Empires 4 guide will help players with how to get Elephant units.

How To Get Elephants

Elephant units are one the most powerful units in Age of Empire 4 and are quite difficult to take down too. These units are especially useful in sieges.

That is all for our Age Of Empires 4 guide on how to get Elephants. For more on the game, also see How to Add Friends and Unique Units Guide.