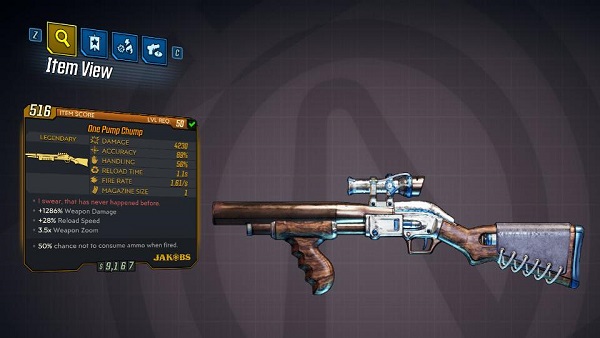 How to Get All Legendaries in Borderlands 3 Guns, Love, and Tentacles

Like we said there are 29 new legendary weapons in Borderlands 3 DLC. Each has its own unique trait, feature, and the process of getting it.

Frozen Devil – One of the legendaries in Borderlands 3 Guns, Love, and Tentacles DLC. It is a pistol that drops from  Kukuwajack in Negul Neshai, a Crew Challenge. This legendary weapon shoots ice spikes.

Hydrafrost –  Another legendary pistol, it drops from  Shiverous the Unscathed, a rare enemy in Negul Neshai. If you kill an enemy with this weapon the next shot does 200% shock or fire damage for 6 seconds.

Love Drill – It seems developers are in love with legendary pistols so here’s another one. Love Drill is dropped from Eleanor of the Heart, the main mission boss in Guns, Love, and Tentacles DLC. This legendary has 20% chance of dealing double shock damage.

Seventh Sense –  This one drops from the Forgotten Answers side quest. Reloading the Seventh Sense makes spawned ghost projectiles to hit enemies.

Anarchy – One of the best legendaries in Borderlands 3 Guns, Love, And Tentacles DLC. It is a shotgun that is a random enemy drop. Anarchy gives 30% damage upon auto-reload or a kill, reduces accuracy, and stacks 10 times.

Flama Diddle – Another legendary shotgun, it drops from random enemies. Its bullets can ricochet off enemies.

Shocker – One of the new legendaries on Borderlands 3 DLC Guns, Love, And Tentacles.  It is a shotgun that drops from Voltborn, a rare boss in the Negul Neshai. It can shoot a shock orb that splits into three.

Clairvoyance –  A great assault rifle that is dropped by  Kritchy in Cursehaven, a Crew Challenge. Crit shots can leave behind sticky explosives.

Mutant – This is an assault rifle that drops from Fungal Gorger. It has a fully auto laser.

Stauors’ Burn – You can pick this legendary from Wendigo, a story mission boss.  Chance of guaranteed crits and fire damage.

Skullsmasher – One of the legendaries in Borderlands 3 DLC #2 Guns, Love, And Tentacles. It is a random enemy drop. It is has a really fast fire rate, 5x projectiles per shot.

Unseen Threat –  It is a sniper rifle that drops from Amach, a rare enemy you can find in Cursehaven. Crit shots can ricochet with 3 homing projectiles.

Oldridian –  A legendary SMG in Borderlands 3 DLC #2. You can pick this up from random enemies. It can switch elements on reload and shield reduces element damage.

SF Force – One of the legendaries on the new DLC. It drops from DJ Spinsmouth via a side quest in Skittermaw Basin.

Old God – This is a shield and drops from random enemies. It has a 15% chance of dropping HP or DMG reduction charge.

Torch – Another legendary shield that is a random enemy drop. It can shoot fireballs around you that deal 10K+ DMG on break.

Void Rift –  It is a shield that drops from Empowered Scholar, a story mission boss. It can fire homing projects when the player takes DMG.

Stone – It is a legendary class Mod for Amara Borderlands 3 Guns, Love, And Tentacles. It drops from random enemies and has a 10% chance to gain a Rush stack on DMG, it gets you a 3% DMG reduction per stack.

Tr4iner – A legendary class mod for FL4K which is a random drop. It gives you a 25% chance of confusing your enemies.

Fleek Sapper –  This Moze class mod is dropped from random enemies. It gives a 12% chance of life steal the longer the trigger is held.

Conductor – The final legendary on our legendaries list for Borderlands 3 DLC Guns, Love, And Tentacles is a Zane Class Mod. It is a random enemy drop that gives 25% bonus shock DMG depending on remaining action skills duration.

The Pearl of Ineffable Knowledge – A legendary artifact gained from a quest. Land hits to get 15% DMG stack, max stack adds another 20% DMG.

There are two more legendaries, Cocky Bastard and Insider. However, we do not have enough information about these yet. We’ll update soon.