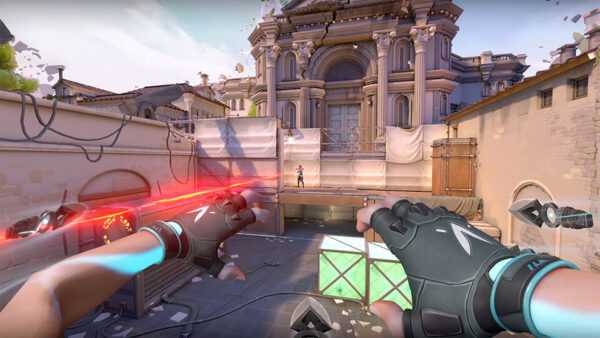 Why exactly did Error Code 46 emerge in the first place? To name a few, server downtime is the most common reason. In fact, the error’s name itself states that it’s a “Platform Downtime” if you dig into more.

Now, regardless of whatever the cause of the error may be, we understand that you do not want your gaming experience to be an annoying one. That is why we’ve collected several fixes that have helped many Valorant players and have fixed Error Code 46.

Oftentimes, overlaying apps really take a toll on the running ability of the actual game that you want to play. What they do is that they take space on the RAM and internal memory, and that prevents Valorant from connecting to the online server accurately. What are overlaying apps? Well, they simply are applications that run and display over simultaneously as your game.

Most commonly, and you must be aware of it, Discord is one of those overlaying apps that adds to the issue a lot of the time. Thus, it’s necessary to rule out this factor to see whether an overlaying app is the cause of the Valorant Error Code 46. To disable any overlaying applications, simultaneously press the “Shift,” “Alt,” and “Esc” keys on your keyboard to launch the Task Manager. Then, one by one, close off all the apps except Valorant.

Our next fix is quite an unusual one, and believe it or not, it actually has helped quite several players unexpectedly. So don’t focus on the absurdity of it as much as it may seem and follow through the steps and see if this does the trick, as it has for many users.

What you need to do is simple. When the Valorant Error Code 46 prompt shows up on your screen, in the order we’ll describe, press the “W,” “A,” “S,” and “D” keys on your keyboard repeatedly. Spam those keys until the error prompt disappears. It definitely sounds unbelievable and inconsistent, but it definitely has worked as a perfect solution for many.

For many players, launching Valorant from the desktop shortcut prevents the game from running smoothly and often presents errors like Error Code 46. In such a case, you’ll need to launch your game from elsewhere, and in this instance, from the Riot Games Launcher. Therefore, in this situation, it would be wise to open the Riot Games Launcher and fire up the game directly from there. Hopefully, that will solve the issue and prevent the Val 46 Error Code from emerging on your screen.

Errors like Error Code 46 are quite common. Many players face errors like these daily. Hence we curate for them multiple fixes that are reliable and trustworthy that solve the errors in no time. So, if one doesn’t work for you, another surely will. If you are facing errors and issues with other PC games or your PC, then also see our hub for commonly occurring PC errors and their fixes.