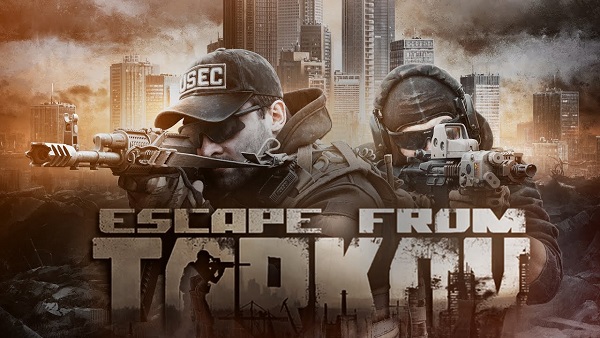 Escape from Tarkov, the looter-shooter that first appeared in 2016, is currently one of the most-viewed titles on Twitch. And while frequent errors and crashes aren’t new to beta tests, EFT seems to exceed in that regard. Escape from Tarkov forums and social media are flooded with reports of random crashes, unexpected errors, audio bugs, and server errors among other issues.

If you’re trying to get a piece of the action but can’t seem to get in, our Escape from Tarkov Troubleshooting Guide will help you solve the most commonly-occurring errors, crashes, and other issues on PC.

1. Crash on Update
Login issues aside, there are reports of the game crashing when the “update” button is clicked. There’s an easy workaround for this. You need to go into settings and enable auto-update of the game. Once done, close the launcher and it should start the download.

2. Error Retrieving Link to Game Package / Error: AuthServiceException
Some people have reported encountering a couple of errors while trying to install the game. A few reported errors include:

The first thing you should try doing is to just keep on trying. The installation can bug out some times and continuously clicking can help fix. If you still can’t fix it, go to the following directory:

What you’re looking to do is to delete the “launcher.exe”. Once done, go to the “Temp” folder and run “LauncherDistrib.0.9.1.847.exe”. It should fix the issue.

3. ERROR: 201 – Client not Authorized
As of now, we haven’t come across a solid fix for the error but the best solution out there is to log out from the launcher, log into the website, log back into the launcher, and switch from manual servers to “Auto-select Servers”. This should fix the error.

4. ERROR:260 Servers Temporarily Unavailable
This one is similar to the previous error. Probably the easiest fix for this is to use your username instead of the e-mail address and you’ll be able to log-in just fine.

5. Borderless Window not Working
Escape from Tarkov seems to have a lot of issues around fullscreen/borderless in the game. In case you wanted to play EFT in the borderless window but are unable to do so, you should open up:

My PC > My Documents > Escape from Tarkov > local.ini

What you’re looking to do here is to just delete or rename the said “.ini” file and it should start to work. However, I should mention it here but doing so will reset your video settings.

6. Stuck on Loading Screen
Once you’re out of log-in and update issues, you’ll most likely get stuck on the main menu. From the looks of it, some of the game’s files are being blocked by anti-virus software. Therefore, what you should try is to disable your anti-virus while you’re playing the game or make an exception for the affected files.

7. Fullscreen not Working
Similar to the borderless window error mentioned above, we’ve come across some reports of fullscreen not working. Before we get to the fix, do note that there isn’t any exclusive fullscreen in the game and it continues to cause a whole lot of issues across the board including horrible input lag. In order to fix it, press Alt + Enter, head over to the settings, uncheck fullscreen, and check it again.

8. FPS Drops, Stutters, Long Loading Times
Following the 0.12 update, a lot of reports regarding random FPS drops and stutters have started to surface – despite having recommended PC specifications. There’s, however, a neat, little trick that you can use to boost your FPS by 20-40 frames.

For a more detailed walkthrough of everything, be sure to check out this Reddit thread by heading over to the link.

Hopefully, these fixes helped you run Escape from Tarkov without errors and crashes popping up every now and then. If you’ve got more fixes or errors that you’d like us to look into, be sure to let us know!