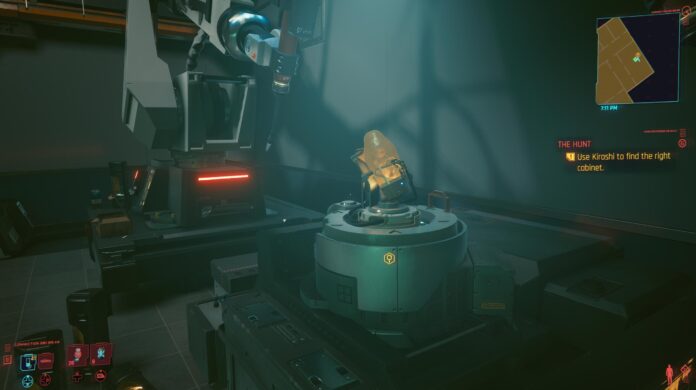 After nearly 8 years of work and teasing by CD Projekt, Cyberpunk 2077 is finally here. While the game is a bit un-optimized and receiving mixed reviews, it is still pretty wild and full of stuff that you might’ve never expected. Among that stuff are numerous easter eggs that the developers have carefully placed around Night City for you to find. It contains easter eggs from The Witcher, Death Stranding, and The Office, etc. In this guide, we’ll explain how you can find the Death Stranding easter egg in Cyberpunk 2077.

In act 2 of the game, if you follow the main story, you go through a job named “I Fought the Law” in which you have to investigate the death of Mayor Rhyne. This job leads to another one named “The Hunt” and during this job, you can find something directly taken from Hideo Kojima’s Death Stranding.

In Death Stranding, the protagonist carries around a small tube with a baby in it. You can find that every item during “The Hunt”. The first thing that you do when you start this particular job is to break into a police lab to find some files. After climbing the ladder if you go in through the window, instead of following the objective marker and going straight down the hallway, enter the first room on the right side and you’ll see something familiar. You’ll find the yellow baby container, which Sam Porter used to carry around in Death Stranding. If you scan it, it’ll even tell you that the function of this device is to maintain BB’s life and detect BTs.

With Hideo Kojima also being present in the game as an NPC, the presence of the BB container is no coincidence but a carefully planned reference to Kojima’s work.

That’s all you need to know about finding the Death Stranding easter egg in Cyberpunk 2077.