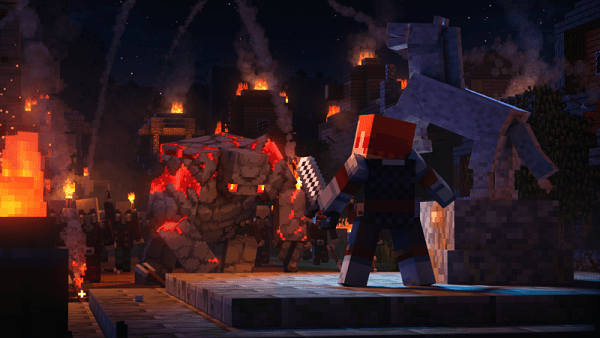 How to Unlock Dingy Jungle Secret Level in Minecraft Dungeons

The very first thing you need to do is to make sure you beat the game. That is only way to access the Dingy Jungle regions in the Jungle Awakens DLC. The game ends after you beat the final boss, the Arch-Illager. It should also go without saying that you need to have access to the DLC, purchase it through the Hero Edition or separately.  As you proceed through the Dingly Jungle you will have to find the secret entrance to the Dingy Jungle secret level.

Keep exploring the Dingy Jungle region until you see a small lit-up entrance. On top of the entrance, you will notice giant red flowers that make it easy to spot. The problem with this level, however, is that the entrance is random, there is no set location. Once you manage to find the location of the secret level, the next step is to unlock the secret level in the Dingy Jungle region. The level is unlocked by pressing 3 small buttons hidden near statues or walls.

Once you press all three you will be able to unlock the hidden scroll to the Panda Plateau. After pressing all three of the buttons the hidden area will be revealed and the location scroll is yours.  Good luck with your hunt for the secret level in Minecraft Dungeons Jungle Awakens DLC. Do check out the Wiki section for more guides to solve your Minecraft Dungeons troubles. Jungles Awakens DLC is now available on Xbox One and PC.