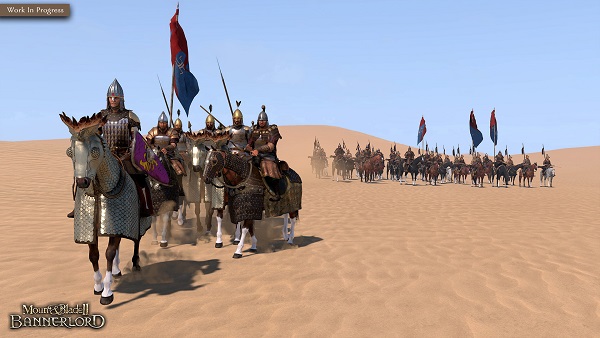 It has been a while since the release of Mount and Balde 2 Bannerlord. And right now, for some reason, the game develops a faction the becomes more powerful than all others. This creates a powerful house that is extremely difficult to deal with once you have your kingdom. But there are a few things you can do to counter this.

How to Fight Strong Factions

In this guide, we will explain how to fight strong factions in Mount and Blade 2 Bannerlord. As they say, give Batman enough time to prepare for a fight and he can beat anyone; the same principle applies here. Facing strong factions in Mount and Blade 2 Bannerlord is a long exhausting process. While it battles you won’t have enough time to do anything else. The first thing you need to do is select a couple of cities as the core of your operations. As you let the enemy take whatever they want you should at least have a city that’s well protected so you can rest and regroup, and take troops from.

Enemies won’t take your latest acquisitions which means you must leave large garrisons at locations that you don’t want the enemy to take. Usually, the enemy won’t attack your most defended places as well. You can lure them into attacking certain places by leaving them undefended.

When you’re ready, raid a village to start the war; it takes 200 influence points to raid the village. It is best to form an army before raiding because afterward, you may not have enough influence. Here’s a tip, it is best to raid a village that is close to a castle/city with a small garrison. After raiding the village, attack the castle/city. Be as close to your kingdom as possible and you don’t want your kingdom to be too dispersed. Make sure your kingdom’s main cities are close to the faction you’re attacking.

Also, the goal is to avoid facing stronger enemies and attacking the smaller ones. Take-down lone parties you can easily handle and capture the Lord. Keep an army with as many higher tier units as possible. Attack anything which wouldn’t put more than 10-15% of soldiers in harm’s way. You can replace lost soldiers by recruiting.

Cities and castles that are recently conquered won’t have strong garrisons so they can easily take them down. If a large unit comes to reconquer it, it is best to leave and attack something else. The army might follow you to the next location and leave the newly conquered spot alone and develop militia, or reconquer the place which means you will have enough time to capture the next location. If any lone party tries to besiege the fortress, battle in the open field and take the lord. The goal is to weaken the armies, not keep your acquisitions. The majority of the staff you take is going to be retaken but in the process, they are losing troops and getting their lords taken. At one point shortage of troops will kick in for the enemy so that’s when you need to choose what to keep. Keep your kingdom unified and reinforce the garrisons. Capture all the Calradia so start thinking about it.

Leave the border areas of your enemy until they are in a war with another faction. When that happens attack the smaller faction as well and capture the castles/cities between the two kingdoms. Leave the newly captured areas unprotected to be taken by the strong faction again, moving its armies from other more important locations. Or the smaller faction will come to take them and become stronger which means your strong faction enemy has another big enemy to worry about.