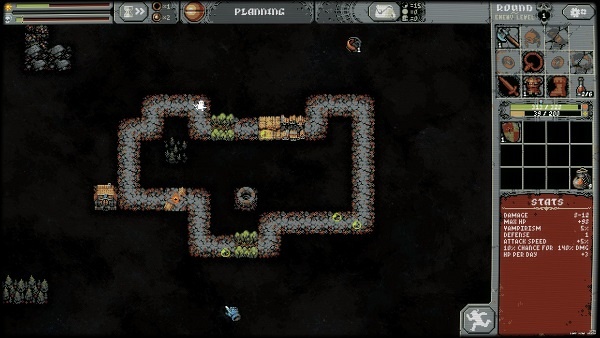 There are quite a few bosses that players can face in Loop Hero. These bosses, however, don’t appear like in a traditional RPG. In this game, there’s a method involved in finding and then fighting bosses. In this Loop Hero guide, we’ve detailed everything there’s to know about how to find and fight different bosses in the game.

Loop Hero: How to Fight Bosses

When it comes to summoning bosses in the game, it all depends on the Boss Meter located at the top-left corner of the screen – it should be directly underneath the Day Meter with a skull icon on the left. What players need to do is to ensure that they’re filling the Boss Mater as quickly as they possibly can. Once the meter has been completely filled, only then will players be able to fight the boss at the end of the chapter.

After the meter is completely filled, the boss will appear at the place of camp tile – the tile that fully replenishes HP and potions whenever players passed through it. One important thing to keep in mind is not to fill the Boss Meter if there are still to be some preparations to make before the fight. In addition to this, adjacent tiles around the boss can also provide the boss with a range of benefits.

In case of players accidentally triggering a boss battle, they’re completely free to leave the area but by doing so, they’ll lose out on a bunch of resources that they could’ve otherwise used in order to build and upgrade different buildings. As of right now, some of the bosses that players can face off include The Lich, The Priestess, The Hunter, and Omega.

That’s all we’ve got in how to fight bosses in Loop Hero. For more help on the game, feel free to check out our detailed Loop Hero wiki guides for details on how to unlock Necromancer, tile combos, how to unlock rogue class, best cards, traits.