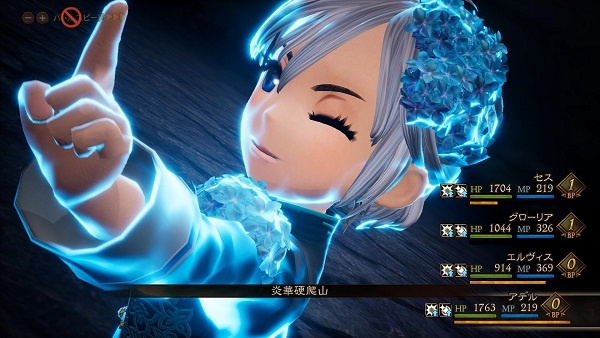 Not a bad guy from the get-go, Roddy in Bravely Default 2 is brainwashed to do the bidding of Picto-Beleth. The duo can be a little frustrating to deal with due to the sheer number of resistances and immunities that they’ve got. However, there are a few abilities that players can use to make the fight a whole lot easier. In this guide, we’ve detailed a few tips and strategies that will players easily beat Roddy in Bravely Default 2.

How to Beat Roddy in Bravely Default 2

The first thing that players will notice during the fight is that Roddy is not alone. He’s accompanied by Picto-Beleth who’s brainwashed him. First of all, let’s talk about the moves that these bosses bring to the fight:

When it comes to the actual fight, the first thing that players should consider doing is to land a quick Godspeed Strike onto Roddy to get him out of the fight as soon as possible. Since it’s an MP-hungry ability, replenish MP with a Gambler in the team and repeat the process. This is by far the easiest method to get rid of Roddy early in the fight.

Alternatively, players can also rely on Beastmaster’s Off the Chain ability to capture a Golem and use the Megaton Punch as it packs some serious damage. Another thing that works great against Roddy is the ability called Flash the Cash. While we’re on the subject of Flash the Cash ability, it seems to have a great effect on Picto-Beleth as well.

Lastly, coming to defending against Roddy’s annoying AoE attacks, the Reflect ability is probably the best bet. Roddy has a max HP of 18,000 so it shouldn’t be too hard dealing with him. The boss will, however, use Healara whenever he’s low on HP so that’s another thing to keep in mind. Once defeated, players will acquire the Red Mage job.