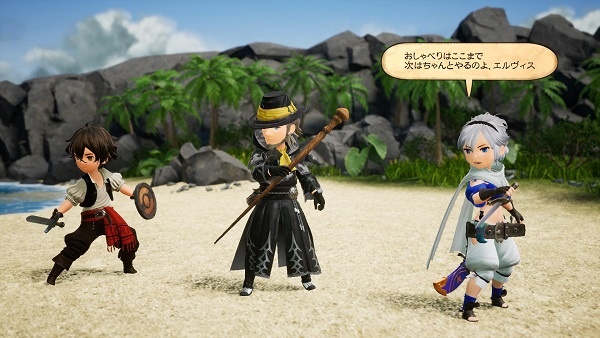 When it comes to Galahad, players will need to deal with all Picto-Demons that they’ve faced until this point alongside him. This makes for an incredibly difficult fight since all of them synergize incredibly well with each other. In this guide, we’ve detailed a few tips and strategies that will players easily beat Galahad in Bravely Default 2.

How to Beat Galahad in Bravely Default 2

First of all, let’s talk about the moves that these bosses bring to the fight:

When it comes to the actual fight, the most difficult thing to manage is dealing with all three Picto-Demons at the same time. All of them have different types of resistances, immunities, and weaknesses. Due to this, players must get something that can be used against all three of them simultaneously.

One such thing that players can learn is the Knuckle Lore ability. Another thing that players should keep in mind is to completely avoid the elemental weapons when it comes to facing off Picto-Demons. Players should also try to deal with Picto-Mona before anything else as it’ll make the entire battle go incredibly smoothly. The reason for doing this is her White Wind attack that can instantly replenish her entire party. But since Galahad can prevent this from happening, try to paralyze him from doing anything.

Another thing that players should definitely consider trying is capturing Petunias with the Beastmaster, as they’re incredibly potent against both Galahad and all three Picto-Demons. Lastly, try to have maximum Black Mage since it can easily penetrate elemental immunities.

Galahad has a total of 30,000 HP so players will probably be spending a lot of time before it culminates. Once defeated, players will gain access to the Shieldmaster job.