Home Guides How to Drop a Car on Opponent in WWE 2K Battlegrounds Detroit... 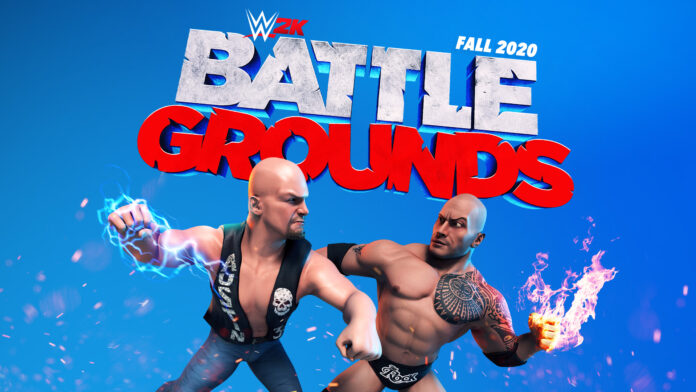 With the overwhelming number of negative reviews that WWE 2K20 received last year, 2K Games decided to take a year off from its annual release of a simulation-based professional wrestling game. Instead, they presented a completely different game from its predecessors, WWE 2k Battlegrounds, with its focus to bring back the fun and party gaming elements in wrestling. There are different interactive options in specific areas that you can use to increase damage and simply make gaming more colorful and fun. Dropping a car on your opponent is one of these interactive options, and in this guide, we will explain how to drop a on your opponent’s head in WWE 2K Battlegrounds.

First off, you need to select the Detroit arena as this interactive car option is exclusively available in the auto shop in the Detroit arena of WWE 2K Battlegrounds. After the fight starts you’ll notice a car suspended in air, at the right side of the arena, under which the opponent can be thrown in two ways.

The first one is to simply pick up your opponent by pressing and holding A for Xbox and X for PlayStation. After picking up your opponent you’ll see a car icon appearing over your character’s head that means you’re good to go. All you have to do now is move towards the car until you reach the ropes and toss your opponent on the jack below the car. The opponent will land on the jack and the car will fall right at the opponent draining his power.

Use the Irish Whip

The second method lets you can drop the car fall on your opponent by using the Irish whip. For this, you and your opponent need to be outside the ring near the car. To initiate this interaction you need to use Irish whip on the opponent by pressing B and then flicking the left stick tonight for Xbox and for PS4 you need to press Square and then flick the left stick to right. This will whip the opponent into the car area and it will fall down on them in WWE 2K Battlegrounds.