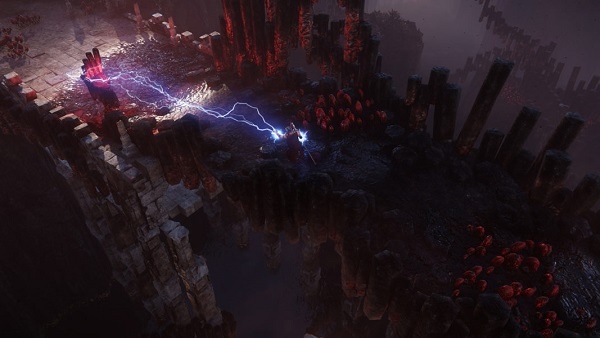 Yudai, Whisper of Anameterassu is the second main boss (after Sirkis, Bane of the Storm) that you’ll have to deal with in Wolcen: Lords of Mayhem. To find the boss, you’ll need to head over to the Coast of Wrecks, Anankis’ Core Overlook.

The entire fight revolves around you having to deal with Yudai’s massive range advantage and a little bit of add control. The boss won’t get into your melee range, therefore, you’ll need to try to return the favor.

Throughout the entire boss fight, Yudai will continue to spawn a lot of adds all around the arena.

You can clear them if you want but it’s a much better idea to let them accumulate and then take them out at the same time instead of giving them attention every now and then.

The boss also has a paralyzing attack that you should try to avoid. Other than this, Yudai has a bunch of attacks but all of them are fairly easy to dodge since they always travel in a straight line.

Near the end of the fight, the boss will throw a massive beam attack (blue in color). If you just on moving to the side, you should’ve absolutely no issues dodging it.

This attack is fairly simple to Yudai’s basic attack that can be also be dodged by moving to the side. If you’re playing a melee build. I’d suggest to whip out something that’s some decent range to make the fight easier than it already is.