Home Guides How to Defeat Yggdrasil in Skul: The Hero Slayer 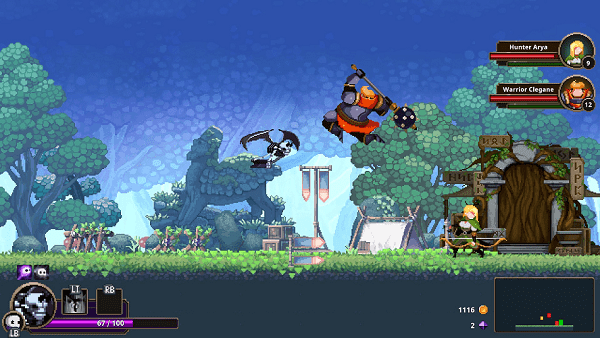 After the fight begins, players need to stand on one of two platforms and continue to damage the boss. Before attacking, the boss will raise its fists for a little while. Players can simply dash in the other direction. It’s also important that players avoid the ground altogether since the boss will sweep the ground every once in a while.

At about 50% HP, Yggdrasil will get a couple of new attacks. It will make the platforms disappear with a few orbs launching at you. In order to avoid that, players need to deal as much damage to Yggdrasil while on the ground as possible. Once enough damage has been dealt, the platform will reappear. In addition to this, it’ll also rain orbs from the above, and players will need to continue sprinting to avoid them.

After the first phase is done, Yggdrasil will transition into the second phase. The second phase is almost identical to the first one but with the boss a whole lot faster than the initial phase. The strategy largely remains the same with players needing to be a little more careful with their attacks and not overreaching. Keep at it and the boss will go down in about no time.

Once defeated, Yggdrasil will drop the Rescued Elder Ent achievement, unlock the Carleon Fortress, Gold/Dark Quartz, and reward a bunch of items.