RespawnFirst
Home Guides Nioh 2 How to Defeat Otakemaru in Nioh 2: The First Samurai 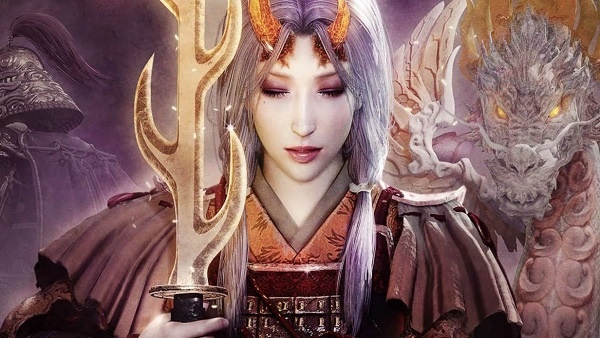 Otakemaru in The First Samurai DLC appears in Dawn of the Demon and A Distant Dream. He’s weak against ‘Purity’ and is resistant to almost all the elements in the game i.e. Fire, Water, Lightning, Corruption, Confusion, Poison, Paralysis, etc. In this guide, we’ve shared some tips that can help you defeat Otakemaru in Nioh 2: The First Samurai expansion.

Otakemaru is a 3-phase boss fight. Once the fight starts, Otakemaru will charge at you with one of three Yokai Shifts. These are Brute, Feral, and Phantom.

Out of these forms, Brute is the slowest. Try to jump in, bait the combo, and then land in a few attacks. Feral, on the other hand, is the fastest one. While the boss is in the Feral form, try to be in the medium range and use the counter burst to deal damage. Lastly, feel free to be aggressive while Otakemaru is in the Phantom form.

Continue to deal damage until Otakemaru is at about 50% HP to begin the second damage phase.

During the second phase, Otakemaru will turn himself into a true Yokai and use one of three types of swords. Each of these swords has different attack patterns. His fire attacks can be dealt with burst counter and blocking.

Ice attacks are primarily dealt with by running around the arena. And lastly, the lightning attacks can be avoided by dodging and running away from the AoE attacks.

Once the boss is at about 25% HP, the third phase will begin.

During the last phase, Otakemaru will still be able to use all the attacks from the second phase. In addition to these attacks, the boss will also combine all the swords into one and hurl them at the player. It deals a lot of damage, therefore, try to block it to avoid damage.

Otakemaru will also rain his swords at the player’s location, dealing elemental damage. Keep at it and Otakemaru will fall in no time.