RespawnFirst
Home Guides Ghostrunner How to Defeat Hel in Ghostrunner 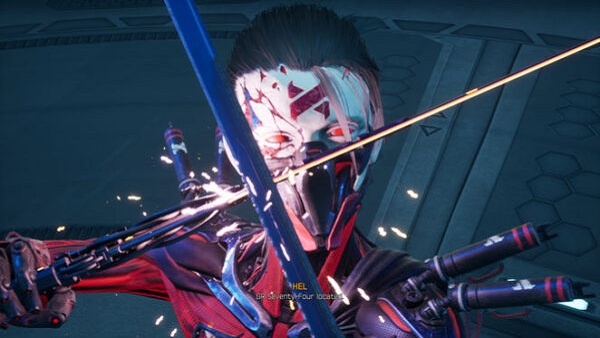 Players will encounter several difficult bosses while playing the cyberpunk parkour game Ghostrunner. The most annoying and difficult of the bunch may very well be Hel. Defeating it is an essential task in order to progress in the storyline as you need some information which it has stored in its memory. If you know how to defeat Hel, it will simply put you one step ahead in the game and that is why this guide is here. In this guide, we’ll explain how you can defeat Hel in Ghostrunner.

How to Defeat Hel in Ghostrunner

A wise man once said that attack wins you games and defense wins you titles. The same is the case with this particular boss fight and you must not disregard the importance of a solid defense strategy. The basic tip to defeat Hel is that you observe and understand its attack pattern and must also know when to counter it.

The moment Hel is in your sight, provoke it by engaging with it head-on. After going on the offensive, Hel will start constant attacks on you and won’t give you room for breathing. This is when you immediately go on the defensive and start deflecting her powerful sword attacks.

At this point, just keep deflecting the attacks and keep an eye on her stamina bar. The stamina bar is blue and located just below Hel’s health bar.

As Hel bombards you with constant attacks, its stamina bar also depletes simultaneously and you’ll need to time your counter attacks with that. Between attacks, the moment Hel’s stamina depletes completely, there will be a short window of vulnerability. That short moment gives you an opportunity and now it’s your turn to strike the otherwise invincible Hel.

After you land a blow on Hel, it will instantly back off, jump to another platform, and start firing projectiles at you. Beware of these projectiles and dodge them at all costs as they won’t be very gracious to your health.

While dodging the projectiles, you’ll now need to reach the other platform where Hel has jumped off to, using Yellow Rails and Walls.

Once you’ve reached the platform, repeat the strategy mentioned above all over again. As far as you stick to this strategy you’re good to go because this is the only way to defeat Hel.

Landing a good blow will drain 1/4th (quarter) of its health meaning you’ll need at least 4 strikes to beat Hel. Also, with each attack, the intensity of Hel’s attacks will increase, so be cautious. After you repeat the defensive/counter-attacking approach 4 times, your character will disarm Hel of its Katana and execute it.

This is all we’ve got in how to defeat Hel in Ghostrunner. For more help on the game, you can check out our detailed Ghostrunner wiki guides.