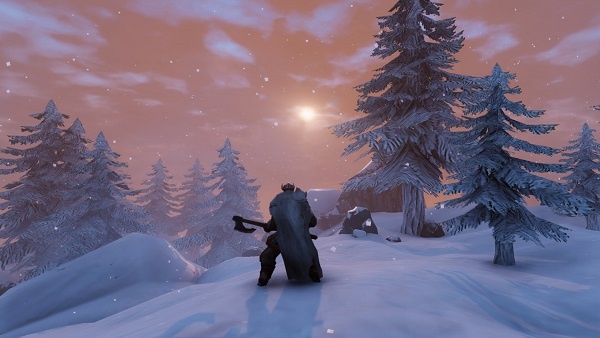 One of the best and early tools you’ll need in Valheim is the pickaxe. This tools is the most useful early on but also comes in handy as you progress further into Valheim. The pickaxe is used to harvest ores, rare metals, and ingots. With the help of the pickaxe, you can craft more items including the best weapons and armor. In this quick guide, I will explain how to craft the pickaxe in Valheim.

Valheim: How to Craft the Pickaxe (Antler pickaxe)

Early on in the game, the pickaxe is called the antler pickaxe. Unlike other games, getting initial tools in Valheim is quite different. To get the pickaxe recipe you need to beat Elkthyr, the first boss of Valhiem. once you beat the first boss, you will get the materials as well for crafting the pickaxe.

If you don’t know how to summon the first boss, hunt enough deer to get the deer trophy to summon Elkthyr.

Once you beat the boss you will get antlers which is a guaranteed drop. To craft the pickaxe you need 10x Wood and 1x Hard Antler. Go to the workbench and use these crafting materials to craft the item you need.

You will get a low-level pickaxe early on but you can craft high-quality pickaxes later on in Valheim. You’ll need enough copper and iron ores to craft it.

And that’s how you craft the pickaxe in Valheim. Also, visit our Elder Boss fight guide or head over to our dedicated Valheim Wiki.