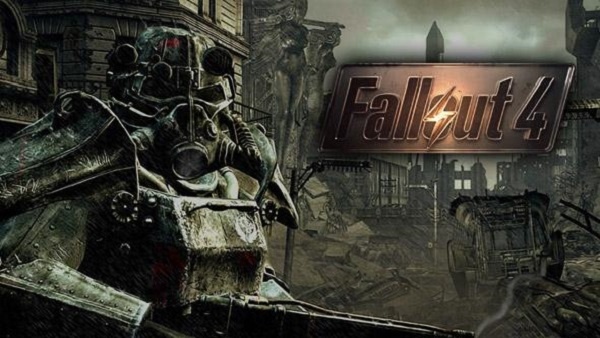 Fallout 4 allows its players to craft and modify their weapons as they desire. Modifying and customizing a weapon in Fallout 4 might seem difficult at first, but it becomes easy as you gain experience in modifying a weapon to inflict maximum damage at all ranges. This is a guide, which will help you to modify and customize weapons from basic.

How to Modify Weapons in Fallout 4

You can customize your weapons to your will in Fallout 4. To modify a weapon, there are some things that you will need to keep in mind. First of all, you will need relative materials and resources to craft a weapon or customize it. We recommend going to the sanctuary and scrapping every single car for iron and tree for wood.

To make even a little alteration, you will need a good number of resources and materials to customize a weapon. If you want to increase your crafting options, you will need to have Gun Net and Armorer perks, which are unlocked at level 3 of Strength and Intelligence.

To craft a weapon, you will need the Weapon Workbench, which will be unlocked after completing When Freedom Calls. This quest requires you to bring settlers back to the sanctuary from Concord. Once you have completed this conquest, you will unlock both Armor and Weapons Workbench, which are placed on the other side of your original home in Fallout 4.

You can then access the Weapons Workbench and choose to craft. This will display a new screen, where all of your unlocked weapons will be displayed, and you can choose a weapon, that you want to modify. When on the Weapon crafting screen, you will see the stats of a weapon. Below the weapon itself, there will be modifications that are available for the weapon.

Mod slots are the spaces for specific mods to be placed in them. These allow you to categorize your mods according to your weapons. These are the mods and slots in details:

Receiver
The receiver is basically the body of your weapon, and the damage output varies on the modifications made to it. For Example, you can equip a Light Frame Receiver, which makes the weapon lighter to handle by decreasing its weight. This could decrease the damage as well. We recommend using a more reliable and powerful receiver, which increases the damage output of the weapon by 17 to 27. The requirements are also mentioned in the box below the weapon on the right side of it.

Magazine
Magazine changes usually affect the bullet capacity of the weapon. We can put a large magazine, which increases the weight of the weapon but provides you with more rounds. This change is mostly user preferable and depends on user requirements.

Sights
This mod is also based on user preference, and you won’t see much change by changing the sight of the weapon, but it just helps you feel relaxed with sight and you should use the one, which seems comfortable to you.

Muzzle
Muzzle mod is the most significant mod change to a weapon, and drastically affects the weapon’s performance and damage output. This mod, except for the damage output, affects the Range, Accuracy, and weight of the weapon. For Example; The suppressor allows you to sneak into different areas and infiltrate them with ease.

These were all the mods for a weapon that you can use on any weapon. Most of the weapons in Fallout 4 have different modifications. Performing modifications on your weapons is a pretty big deal, as it will help you fight enemies effectively.

All and all, this was everything we had on modifying and customizing a weapon in Fallout 4.