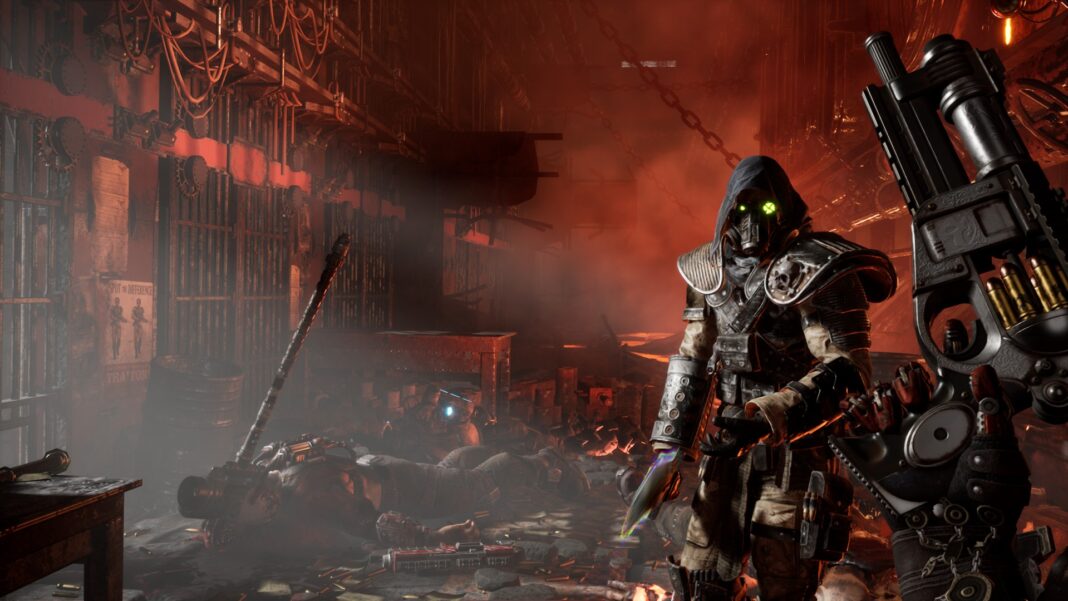 Necromunda: How to Change Outfits

When you start the game you won’t immediately have access to the customization feature. To change outfits in the game you need to Necromunda Hired Gun beyond the first chapter. Complete the first level and reach Martyr’s End.

Martyr’s End is the main hub where you can upgrade weapons, dag, and augments. Speak with the bartender and access her inventory where you will see a list of outfits.

If you pre-ordered the game you can claim special cosmetic rewards including Hunter’s Bounty Pack which comes with skins for your Knife, Stub Gun, Mastiff Chew Toy, and Outfit. For the time being, you will have access to 6 outfits in Necromunda Hired Gun.

More outfits are expected to be added later on.

And that’s everything you need to know on how to change outfits. Necromunda Hired Gun is now available on PC, PS5, PS4, Xbox One, and Xbox Series X.