Home Guides Outriders How to Change Character Appearance in Outriders 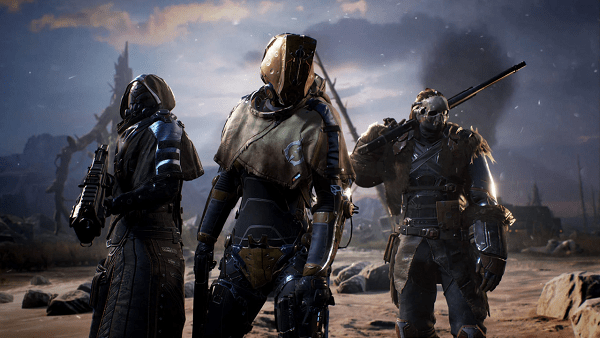 The way a character looks in a game like Outriders is something players put a lot of thought into. And more often than not, they’re forced to stick by the choices made at the start of the game. Luckily, Outriders doesn’t do this. The game allows players to change the appearance of their character as many times as they want, provided that they’ve at least progressed through the prologue. The game, however, doesn’t make it very clear as to how to do it. That’s where this guide comes in. In this Outriders guide, we’ve detailed everything there’s to know about how to change character appearance in the game.

How to Change Character Appearance in Outriders

The first thing that players need to do to be able to change their character appearance in the game is to make sure that they progress through the prologue and arrive at the Rift Town. After reaching the Rift Town, proceed toward the Camp. Inside the Camp, players will find a number of services that they can take advantage of. One such service is the ability to change appearance.

To find the station that allows changing appearance, head near the Fast Travel area with a flag nearby – there should be a bunch of stacked crates nearby. Once there, interact with the terminal and options to change things like Face, Hair, Markings should appear on the screen. There aren’t any limitations on how many times this can be done. Once the prologue is over, players can simply head over to this station as many times as they want to and change their appearance in a few minutes. It’s all pretty simple.

That’s all we’ve got in how to change character appearance in Outriders. Feel free to check out our detailed Outriders wiki guides for more help on the game.