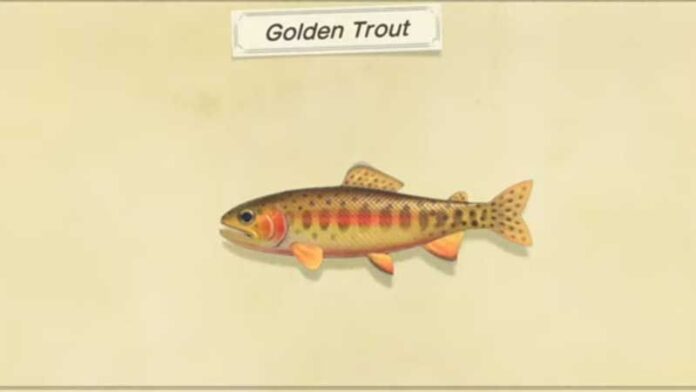 How To Catch The Rare Golden Trout

As for the Rare Golden Trout location, this fish can only be found on the highest points on the island. This includes all of the cliff-top rivers and the cliff-top pool close to the waterfall.

How To Catch Golden Trout

After that, go to the locations mentioned above and sprinkle the bait on the water surface. When the Golden Trout comes close to the sprinkled bait, a shadow of it will become visible to the player. Catch this rare fish and players can sell it for up to 15,000 Bells.

That is all for our Animal Crossing New Horizons guide on how to catch the Rare Golden Trout. For more on the game, also see our How to Grow Pumpkins and How to Get Candy.