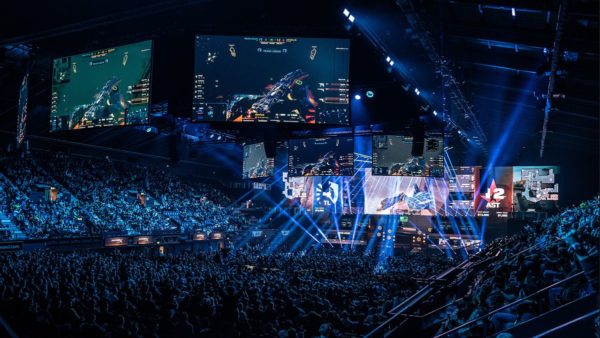 Violence (animated or otherwise) being depicted in media is not inherently new. The Romans watched gladiators compete in battles involving high risk to life, modern-day viewers watch MMA for similar reasons. Though translating this demonstration of violence onto the screen has been a task that came with its fair share of controversy. Be it the original films depicting violence and gore all the way down to the latest games.

Human curiosity and technological innovation have only made sure that entertainment keeps pushing the edge of what is acceptable for human consumption. Video games started out as tame as one would expect, with a game of ping pong. As technology became better, so did our ability to create new interactive experiences.

Our story starts with the creation of the Entertainment Software Ratings Board (“ESRB”) and its original attempt at setting the standard for what age group can play what game. And just like any story, it came with its sets of twists, struggles, and confusions.

Many a group found an excuse for inexcusable behavior. It was easy. No-face corporations through their products are corrupting the youth; it can’t be because of anything else. Sound familiar? That’s because the same tag-line was used for describing Dungeons & Dragons the tabletop RPG when it originally came out. As one longtime D&D player and expert put it:

“[W]hen opportunistic hucksters wanted to beat the Devil, they’d point to Dungeons & Dragons. Not‘roleplaying games’ but ‘Dungeons & Dragons’. Remember when video games were going to destroy our kids? Imagine if there’d only been one video game.”

The Games Cause Violence Narrative

Politicians have been very quick to blame not just video games but anything that can come within reach as the real reason behind real-world problems. Perhaps due to lack of understanding, maybe just a lack of awareness or just a general unwillingness to tackle actual root causes of deviant behavior within human beings, anything being consumed by populace (media or otherwise), particularly if its new has been the historical scapegoat to provide a narrative base for why the next apocalypse will come about.

“Politicians on both sides go after video games…it is this weird unifying force,” said Patrick Markey, a psychology professor at Villanova University who studies video games.

While some research has suggested the violent video games can cause a slight rise in aggression after being played, Russell Shilling, chief scientific officer at the American Psychological Association, said such cases are a small subset of the population. He was quick to note that aggression doesn’t mean violence and that much of this research has been misrepresented in the media.

Recently the United States President reiterated the games cause violence mantra it was met with the highly critical response the world over. Though with the statement made by the President, we have already started seeing outlets take aim at censoring video game content. Walmart removing video game advertisements in-store (still selling guns though) and the APEX Invitational Highlights Broadcast being delayed.

So what is the eventual consequence? As the rescheduling of the invitational demonstrates, that when push comes to shove, video games will take a back seat to the whims of policymakers. E-Sports is currently riding a very high wave, with gaming being far more popular than ever and some of the biggest cash prize pools to date (Bugha’s winnings in the Fortnite World Cup).

Twitch, Mixer, and YouTube along with different social media platforms have not only accelerated the adoptions of video games into the mainstream zeitgeist but the birth of a new form of celebrity.

With talks again about censoring content in video games, E-sports which thrives off games that involve elements of violence may then just see themselves off the air, though this happening is doubtful, a conversation has indeed started, one in which a lot of possibilities may be brought about a for an industry that is growing rapidly in a non-regulated space.

If companies thought the possibility of regulation around loot boxes was troublesome, regulations demanding censorship could inherently just shut the project down by making them unfeasible.

The question we now have to ask is what’s next. Where do e-sports and games head from here? Truth be told, there isn’t really an answer. With the sheer amount of uncertainty brought about through recent events, the audiences and those involved in gaming and e-sports need to be very loud about the content they consume and how all research has shown that what government is saying at this point in time is inherently incorrect.