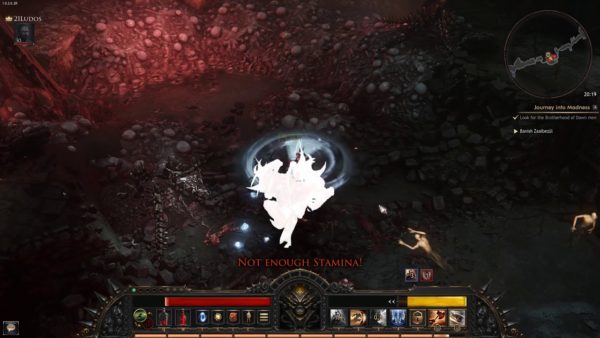 How to Beat Zaalbezul in Wolcen: Lords of Mayhem

The boss fight takes place when you enter the Journey into Madness main quest. The most annoying part of the Zaalbezul boss fight is that the encounter doesn’t begin right away. Before you can take start to take him down, you face a ton of his minions. Once all of them are down, you finally face the main boss. Zaalbezul can throw a number of spikes at Wolcen: Lords of Mayhem players. If the spikes hit you they cause damage, if you step on them they cause damage so nothing is there to make your life easier in this boss fight. You must avoid these spikes at all costs.

The fastest way through this boss fight is to trigger the apocalyptic form which will help you deal with minions faster. Moreover, in addition to throwing spikes, Zaalbezul swings his paws to push you away and quickly attack. Just make sure the boss doesn’t push you into a wall, dodge roll and target its sides and back.

Your current build, if it does good damage, will work just fine. Both ranged and melee builds work like a charm to beat Zaalbezul in Wolcen: Lords of Mayhem.