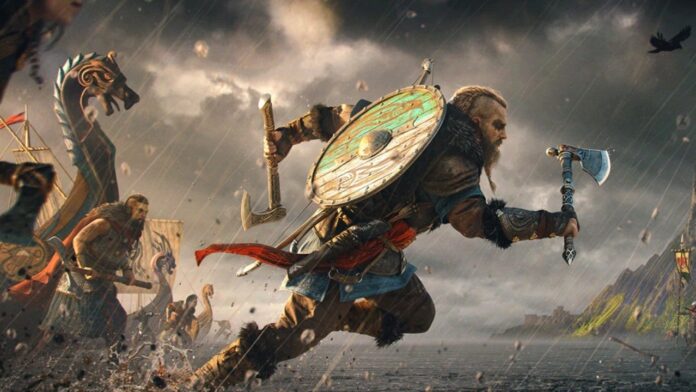 Ynyr is using a two-handed spear to perform long lunging attacks to deal damage. As far as I can tell there were no red rune attacks in which you can try to parry all of his attacks to make him vulnerable to damage. In case he does perform a red rune attack during the boss fight, simply dodge it to move out of the way.

Try to parry his attacks and block the ones that you can’t parry with your shield. Ynyr’s weak points are located on his left arm, left leg, and back. Target these areas to stun him and use the opportunity to land a few hits.

Once you manage to defeat Ynyr in AC Valhalla clear the area of remaining enemies and speaks with Ivarr and Ceolbert. Have a conversation with Ivarr and then follow Ceolbert who takes you fishing. The Ynyr boss fight is pretty easy to complete it won’t take much of your time.

And that’s all you need to know on how to beat Ynyr in Assassin’s Creed Valhalla. You can also check out our guides on Eadwyn, Rued, and Loki boss fights.