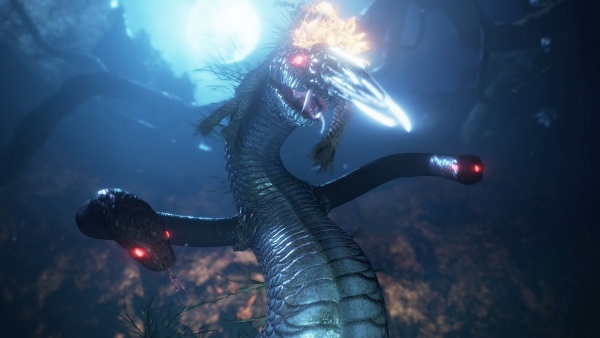 There are multiple bosses in Nioh 2 but one of the most interesting ones is Yatsu-no-Kami. In our Nioh 2 Yatsu-no-Kami boss fight guide we will explain how to beat it, tips, weapons, and more.

Yatsu-no-Kami is a snake-shaped boss which is slow to attack and telegraphs its move set. Its attack can easily be exploited for your advantage. It has two snake arms which it uses to attack you by spawning them through the ground and more. It will spawn its arms from the ground when it slows down which also leaves it vulnerable to damage. The defenseless beast that then will attack by your weapon, We suggest using a Spear in this boss fight. Yatsu-no-Kami also has a red charged attack that Nioh 2 players must look out for. It slithers forward and when it does, run sideways to avoid being hit. If he misses, perform a combo and deal as much as damage as possible in that short period of time. When it slithers back the other way it’ll give you an opportunity to perform another combo. Yatsu-no-Kami has throwing moves that you can exploit by moving in a 45° angle sideways towards it. This will make him miss the throwing moves, giving you an opening to attack once again. Keep in mind that he may follow up with a melee or grapple move right away so this exploit is a bit risky to perform.

With every boss, your goal should be to deplete its Ki so the same is the case with Yatsu-no-Kami. Once its depleted it will drop two snake arms to attack you. Focus on taking down the two snake arms before its Ki is depleted to make life easier during the boss fight. Attack the snake arms from the side. All of its moves will remain the same during all phases of the boss fight so once you studied its attacks, it is pretty easy from there. Use Spear High-Stance with Spearfall skill unlocked for maximum effect.