Home Guides How to Beat Wasp Queen in It Takes Two 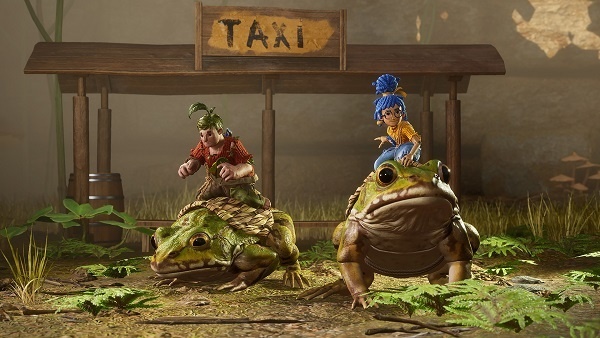 To beat the Wasp Queen you need to target its marked weak points. There are two weak points in front and at the back, all of them are marked with an X. Taking down the Wasp Queen isn’t the main problem, its minions caused are more troublesome.

Target the back Xs first and as soon as you blow them up, the wasps will become more aggressive in protecting their queen. In this phase, you must first kill the wasps before focusing on the queen.

However, this is easier said than done. The queen will now throw its wasps at May and Cody. The wasps will attack in a hexagon pattern or in the shape of scissors. Target the Wasps and take down as many as you can to enter the next phase of the boss fight.

In the third and final phase, the Wasp Queen will again get protection from the wasps. The third phase is pretty much the same as the first. Target the weak points and by the time you are done, the boss should fall.

And that’s all you need to know on how to beat the Wasp Queen in It Takes Two. Need more help? See Minigames locations, how to fix crashing on PC.