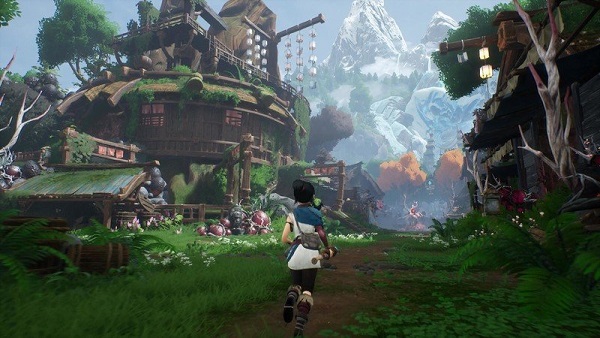 One of the boss fights in the game is against Vine Knight. This guide will cover everything you need to know about the Vine Knight Boss Fight. From tips and tricks to best counters of his moves you will find everything here.

Vine Knight is one of the easier bosses in the game. You will have plenty of healing items in the arena and a free area to move around. It is best to get your hands on the Rot Infused Bomb upgrade before you fight the Vine Knight.

The bomb comes in handy when you want to target the boss’ weak spot. The upgrade lets you infuse a bomb with Rot which creates an orb upon explosion. Enemies in the area of effect are frozen which gives you a chance to target weak spots.

There are three weak spots you can target and all of them are highlighted with yellow color. One spot is on the back, one is on the face and another is on the elbow. When you manage to destroy one of the weak spots it should take a good chunk of Vine Knight’s health.

Use your bow to target all weak spots and pretty soon you’ll be able to destroy them all. After that, you need to rely on melee attacks and your bow. Use your bomb to freeze the Vine Knight when needed.

Vine Knight has basic melee attacks that are easy to dodge so you won’t have a hard time taking him down.