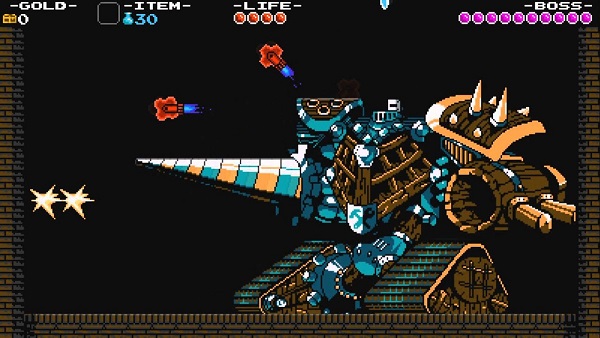 Shovel Knight is a very fun side-scrolling game in the re-emerging modern retro game type. The game has had an antagonist named Tinker Knight in every game so far, and he makes another appearance in Shovel Knight Dig as a member of the big bad Hexcavators. You will meet him after you make your way through Smelterworks. He possesses dangerous inventions like all the other bosses in this game, so you must keep an eye out for those.

Phase #1: In this phase, the tinker Knight has a small health bar and a drill plane. Whenever he is on top of your head, he tries to drop a bomb on your head, along with wrenches. It is possible to parry the wrenches, but it’s better to keep it simple in the first phase. Use a bouncing shovel attack whenever the tinker knight dives to the ground. If you time it perfectly, you can follow the arc of his flight, getting a few attacks in.

Phase #2: After you defeat the Tinker Knight in phase 1, his small health bar is replaced with a larger one. Homie brings out his lava boat, orders of magnitude stronger than the little plane he was on earlier. The ship will rain down missiles, so be on your toes to dodge them. Being on a higher platform will make you safer. The boat can also sink into the lava, leaving only the top platforms viable for staying safe. In this phase, volcanic rocks also arc through the screen; keep an eye out for them.

The tinker Knight will randomly pop out of the boat throughout the level, and you will have to hit him when he isn’t below deck. You can tell where he will sneak out as those areas turn red. Get a few hits in, and lower his health as much as possible. You should be more vigilant in this phase as this is way more dangerous than the first one. You should play more deliberately in this phase.

That is all for this guide, good luck with your Shovel-Adventures!